A Letter to the Sixty-Two Percent... 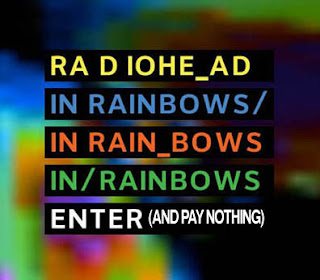 Honestly, I never really thought that music downloading was all that bad. Being from the school of "get your music out there," I was always one of many that traded cassettes left and right; searching, digging, scraping for the newest sounds or the essentials with the knowledge that I wasn't making all that much money but that I really wanted to have all this music. I'll admit it: It's a lot cheaper to buy blank media and dub or burn and, for music fans, it's not a bad way to be up to date with what's going on. I learned a lot with dubbing tapes and, because records, CDs or tapes had to be purchased in order to get anything onto a blank cassette, I never really thought my actions were pulling loot from the wallets of record execs or artists. Plus, if I liked what I heard, I usually pulled my pennies together and picked up the CD anyway.

It's a little different now.

There was a point in time where you had to really work to find music, actually seeking out tattered rock rags for info and acquiring paper catalogs to purchase artifacts of the not-so mainstream persuasion. Now, with the indifferent click of a mouse, the world and all its wonderful delights are yours. And because accessibility is so high, media is easier to gain and dupe. So, now it's no longer a matter of swapping tangible media; now music can be gotten without purchase if you know the right avenues. 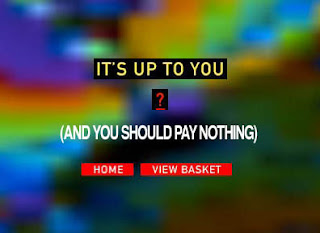 This isn't a stand against downloading per se. I still come from the "get your music out there" school because I think promotion is key, but it seems that we've forgotten about the "promotion" aspect. It seems now that the main goal is to just get music for free and that there's no intention of actually buying the physical album and helping these bands (our favorite bands, the ones that make us music fans to begin with) thrive. This was more or less proven a week or so ago when it was revealed that Radiohead's In Rainbows, having been made available to download based on a fan's preferential pricing, yielded $0 by 62% of the album's recipients.

So, to you Sixty-Two Percent out there, I need to understand how you justify offering NOTHING to a band that more or less catered to you, offering you their record in as quick and easy a way they could provided you threw them a couple bucks. I understand that Radiohead left it up to you to decide how much the album was worth but how is that translated into FREE? How do you, supposed "fans," expect a band to continue if there's no money involved?

It was disappointing that the outcome of Radiohead's grand experiment was met with such dismal results. It's also unfortunate that "music fans" couldn't work to heighten the music industry's faith in us. This move only justifies the cause toward heightened security on copy-protected media and possibly worse fines for people who illegally download. 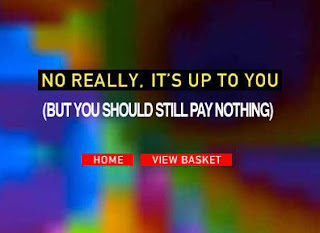 And you can say "well, get rid of the media," but then what? Are we really okay with losing packaged music? Is it really okay that fast food culture has so thoroughly turned us on to "immediacy" as opposed to "personality" that we've lost our need to touch, feel, smell, see or work for what we want? If you look into the future and see a land without record stores and you barely shrug at the prospect, then music means very little to you. Record stores are Mecca, not to be replaced by file sharing networks, Amazon or iTunes. Bands put out records, not to be replaced by MP3s, m4as or any other calculated format. Whatever the future holds, tangibility needs to remain a constant in order for ANYTHING (books, film, art...etc.) to be appreciated and money needs to be given for these things to ensure that they continue to be produced.

So, to you Sixty-Two Percent, thanks for clarifying how little music matters to you. As evidenced by your actions, Radiohead has 62% less fans than they thought they did.

Sincerely,
Letters From A Tapehead
to whom it may interest

Drew Smith said…
I paid $14 USD - that's roughly what I'd pay for it at my local record store. Radiohead is one of my very favorite bands, and in answer to the band's question, that's absolutely what the record's worth for me. I'm kinda ashamed of much of my fellow Radiohead fans - way to look a gift horse in the mouth.
11/23/2007 6:50 PM

Yeah, I was beyond disappointed. I'm wondering though how this "experiment" and its results will affect future ploys regarding album releases and promotion. It'll be interesting to see how the industry responds to this high-profile failure.

Drew Smith said…
See, I'm not so sure it's a financial failure, though. After the record label, management, and others take their cut, bands generally don't make more than $2 per album sold anyway. So if Radiohead come close to averaging this amount, it's a wash - and other bands such as Oasis and Jamiroquai are already planning to follow suit. The one takeaway I have is the lack of goodwill from the fans.
11/26/2007 1:03 PM

I think though, and don't quote me on this because I could be wrong, there was no record company involved with this project. I thought I'd read somewhere that Radiohead was between labels, a situation that more or less allowed them to take the risk they did. They are now signed with XL Recordings, the label that put out Yorke's The Eraser, so the physical CD should be out soon. So, it's possible that they stood to lose more money, but I could be wrong. The financial aspects of record labels and what artists earn is beyond me.

Either way, the percentage of people who paid should've been much higher.