- December 12, 2007
Life gets in the way of music sometimes, so forgive me for being a little late with a review. I'm working on a couple as I type this out, but have yet to finish them up so, in the meantime, I thought maybe I'd throw out some possible points of interest: 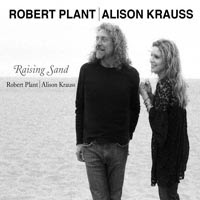 As has been well-publicized since it's happening Monday night, an incarnation of Led Zeppelin (the late and legendary John Bonham's son, Jason, filling drum duties) performed Monday night at a tribute show for Ahmet Ertegun, the late and great co-founder of Atlantic Records. I'm hoping that, despite an overall positive consensus regarding Zep's show, this doesn't turn into a tour. I'm sure that Jimmy Page would be all about it, seeing as his contract with the devil expired once Zep took a powder, but a reunion of this magnitude would only really say one thing: Yeah, we're Led Zeppelin! Get out'cho Led wallets and throw up some o' that Led monay and watch us get the Led owwwt! And, though I'm sure Jason did a great job, there's really no Zeppelin without John Bonham. Page provided precision, but Bonham delivered the power.

Fortunately, a reunion doesn't seem too likely: Robert Plant committed to touring with Alison Krauss in support of their collaborative effort, Raising Sand. 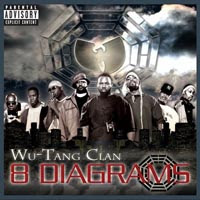 And then Wu-Tang Clan's, The 8 Diagrams, hit record store shelves yesterday. It's the first album they've released since Ol' Dirty Bastard bit the dust, despite the fact that he was almost completely missing from their last two albums. The RZA is returning to his proper roll as group producer and this has apparently caused ANOTHER rift within the Clan in terms of creative freedom. It was never certain that the magic was going to last and this could possibly be their last hurrah. Hopefully, if it is the Clan's "Swan Song," it's a decent release. Gotta love that awful fucking cover. 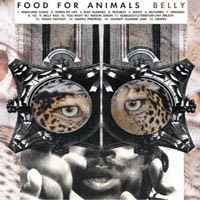 And while we're on the topic of hip-hop, Baltimore-based Food For Animals just released their first LP, Belly, on December 6th. For a couple samples, just click the links:


Sincerely,
Letters From A Tapehead
concerts hard rock hip hop legends to whom it may interest