- September 11, 2008
Over the last couple years that I've been busily pounding keys and madly spewing my point-of-view for others to read and, hopefully, appreciate, I've been on an exhausting rampage for anything new that I can discuss. It's not easy staying on top of many genres, which I try to incorporate throughout this blog in the hopes that people, music fans especially, will never corral themselves into any corner of appreciation regarding genre.

That being said, Letters From A Tapehead has awarded me the opportunity to find and fall in love with two albums in particular: TV On The Radio's Return To Cookie Mountain and Marnie Stern's In Advance of the Broken Arm. Over the next few weeks, both Stern and TV On The Radio will have new albums out. Be on the lookout for: 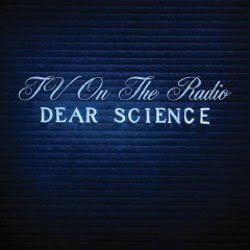 Unfortunately, I don't have much information on Dear Science and I haven't heard any released singles or leaked goodies. But, I've heard that it's supposed to be more of a dance record, less Eno and more James Brown. Considering the rather solemn and mesmerizing Young Liars EP and then the not-so-upbeat nature of Return To Cookie Mountain, it'll be interesting to hear how TV On The Radio interprets "dance" and "party." 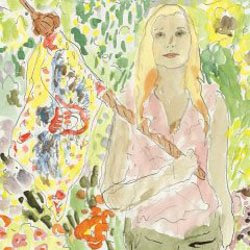 Marnie Stern
This Is It and I Am It and You Are It and So Is That and He Is It and She Is It and It Is It and That Is That
Releasing: 10.7.08

Marnie Stern's first single, "Transformer," from her latest and lengthy-titled album, shows a lot of promise. Stern's propensity for high-speed Van Halen-licks amidst her unique brand of rocking chaos is completely intact despite sounding a little more refined this time around. October will not come fast enough now that this album is on the horizon.