An Introduction to the Power Of Slim Cessna… 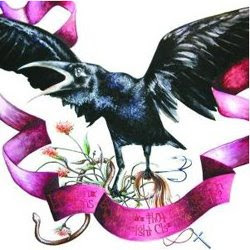 There are four moments spread throughout Cipher, latest album from Slim Cessna’s Auto Club, that I find most captivating. It’s basically one song, “An Introduction to the Power of Braces,” with four variations. There’s something very human about the song, as it soberly and somberly reflects on the aspects of our bodies that can easily wear away under the oppressive weight of life, (namely our arms, our legs, our teeth and our faith), and how the Brace can be used to right the wrongs. Church homilies, tent preaching, spiritual and philosophical musing about the fragility of humankind and its need of help every once in a while, Slim Cessna’s Auto Club speak from their hearts while basing their point of view on historically religious communication, but with no judgment at all. When it comes down to it, no matter what you believe or what deity you pledge your allegiance, you’re only human, so what’s the point of passing judgment?

Slim Cessna’s Auto Club is probably the most accurate representation of Country music that there’s been in a long time, at least from a “group” capacity. With Cash dead, the mysticism of the Americas has lost its due diligence thanks to the genre’s desire to appeal to blind patriots and NASCAR enthusiasts. Slim Cessna’s brand isn’t necessarily anything you’d see on CMT, as it would be considered “alternative” as far as Country music is concerned, but there’s an old world realism and feel to it and a liveliness that evokes those ratty tents settled on dirt plains, alive inside with a vibrancy of enlightenment and Jesus’ name. It has a lot more authenticity than anything Carrie Underwood or Toby Keith have ever leant the genre, and more brain matter than something as mind-numbingly insulting and awful as “Redneck Woman.”

Beginning with the fast-paced nod to Woodie Guthrie, a song called “This Land Is Your Land Redux,” singers Slim Cessna and Munly Munly basically pour their lungs out on every track. Banjo track, “All About The Bullfrog In Three Verses,” slows the pace a bit before “Americadio,” probably the album’s pinnacle moment, explodes with an apocalyptic tone of ordered obedience, its hook being, ”Submit unto me; submit unto our ways.” With “Jesus Is In My Body - My Body Has Let Me Down,” Slim and crew get very sinister, tom rolls and screaming guitars driving the song as Slim and Munly wax theological, loud and desperate.

Songs like “Children of the Lord” and “Ladies In The Know,” are like Square Dance 101, but they give Cipher momentary lifts from the “Piano Man”-tinged “Scac 101” and the Bungle-esque organ jam, “Magalina Hagalina Boom Boom.” “Red Pirate Of The Prarie” is as rockabilly as they get before they slow it up with the Country track “Everyone Is Guilty #2.” Ending the album with “That Fierce Cow Is Common Sense In A Country Dress,” a song title to die for I might add, one can almost feel breathlessness from the exuberant speed of the song that provides Cipher with a pretty exciting climax.

Slim Cessna’s Auto Club, in the end, is apple pie Americana without the sugar, alive on a plain uninhabited by sprawl but not subjected to ignorant seclusion. It makes me wonder what Cash would’ve thought of these guys, having been one of the last to keep integrity alive in a genre weakened by the Good Ol’ Boy mentality that has more or less swallowed the American consciousness over the last eight years. I myself, being very suspect of anything with “Country” branded across its hide, can approach something like Cipher with an open mind and appreciate what it does. I’d be interested to know how Country fans would feel about it.