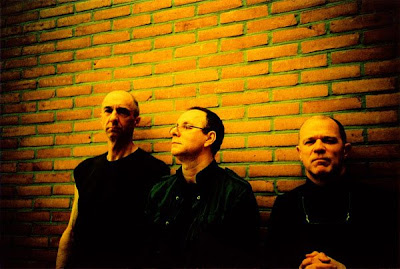 We were well into Wire’s set when an overwhelming sense of self-righteous indignation fell over me like a blanket of barbed wire. This trio of 50-somethings, (them and the unnamed female rhythm guitarist in the background), geezers basically, having packed the venue almost beyond comfortable capacity, basically wrote every categorically Indie or Post-Punk song regurgitated over the last thirty years. Generalizing? Maybe, but listening to those guys play, you do realize that their first three albums, the seminally charged Pink Flag, Chairs Missing and 154, laid it all out for any up-and-comer in the Indie crowd. And, yes, other bands matter, too. But, for now, fuck them: Wire cannot be denied. 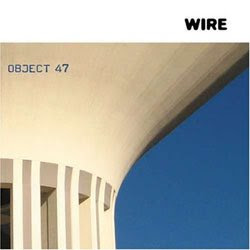 That being said, Wire was the sole act at Johnny Brenda’s last Friday, towing the line between polite and aggressive. Aside from an initial issue with singer/guitarist Colin Newman’s microphone not wanting to work, the band sounded great, churning out song after song with machine-like reliability and precision. Bassist, Graham Lewis, reverberated like a garage-variety Jah Wobble, pulsating throughout the venue and perfectly complimenting Robert Grey’s percussion. Grey, whose eyes remained closed throughout Wire’s entire set in a state of Zen-like concentration, was an exercise in flawless and clean execution. And, the aforementioned six-string stand-in, despite being in the background, had no trouble following the band.

Being that this was a tour for their latest album, Object 47, they played that album in its almost-entirety. “Circumspect” and “Mekon Headman” both made very pronounced and heavy appearances and "Perspex Icon" somehow had more groove live than on the album.

Admittedly, there were a lot of songs I was unfamiliar with, not owning the entire Read & Burn series, 2003’s Send and maybe a couple other items from their discography. Very few songs from their first three, which may have been the main draw for their sell-out crowd, made it to the set: “Being Sucked In Again,” “Pink Flag,” and “12XU” to name a few. 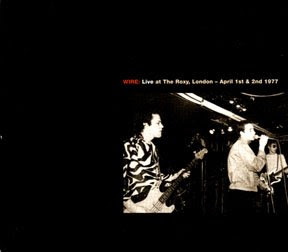 The highlight for me was hearing 154’s “The 15th,” a song that just about brings me to tears every time I listen to it. It was one of the few moments where the crowd seemed to be paying complete attention, not saying a word, or making any movements whatsoever. The crew pulled it off perfectly, bringing that electrifying riff to fruition with such a seeming lack of effort. It would be fair to say that playing these songs is second nature to these guys at this point, on par with eating, sleeping or breathing. But, to hear it come together like that…it just made my night. They could’ve fallen apart after I heard “The 15th,” and it still would’ve been money well spent.

They played for about an hour and a half with three encores that spanned maybe two songs apiece. The group I had met up with took off afterward, while my brother and I hung back for a bit so he could finish his last beer.

Before we left, I caught Graham Lewis loading some equipment and bothered him for an autograph. Thankfully, I had a pen on me. His understandably exhausted self was accommodating, though I could tell he wanted to complete the task at hand and turn in. I thanked him for the autograph and the show and left him to his after-show chores. Tim and I wandered over the merch table, where I shelled out $20 for a double live CD. We finished the evening over some scrambled eggs and coffee, our conversation revolving around the show and how much we needed something to eat.

Me, too. What an amazing band!