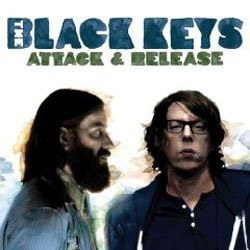 For DJ/producer Danger Mouse, when it rains, it really, really rains. A wealth of production opportunities either in the works or in motion, the guy doesn’t suffer from a lack of things to do, Gnarls Barkley notwithstanding. This year, he brought unto thee Attack & Release from blues duo The Black Keys and Modern Guilt by folk-hopper extraordinaire, Beck. 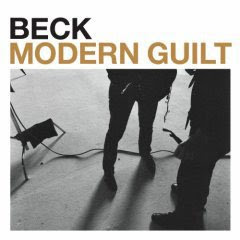 Myself somewhat of an over-thinker at points, as has been more than proven time and time again if you read my incessant bullshit, a hip-hop DJ’s involvement with a blues-based rock band from Akron, Ohio and an urban-infused folk act is intriguing to me. From note one of Black Keys’ “I Got Mine,” the unpolished and unabashed blues lick’s presence more or less leaping from within the spiral bound and crinkled pages of How To Rock Like An Allman Brother Vol. 1, (Yeah, that’s a made-up book title), there’s an interesting display of modernized roots rock all being helmed by an modern-day innovator in a modern genre.

With Beck, his legacy embedded into the two turntables’ grooves while devil’s haircuts find him at the crossroads with his battered acoustic, there’s a lot Danger Mouse can work with. Modern Guilt, Beck’s eighth album, is the marriage of his hipster somewhat streetwise self with his introspective artist self; a relatively schizophrenic mix of the over-accessible (“Gamma Ray”) and the experimental (“Replica”).

Almost feels universal this processed cocktail of vast influences, beginning with the sad and impassioned souls of Muddy Waters, Robert Johnson and Son House, following up with the studious observances and fan-based interpretations of The Rolling Stones, John Mayall, Eric Clapton and Led Zeppelin, onto the funk and soul of Isaac Hayes, Sly Stone, Gil Scott-Heron and James Brown, and then to hip-hop sound pioneers Grandmaster Flash and Afrika Bambaataa. Somewhere in there, Dylan and Joni Mitchell made an impact, too.

Anyway, point being, the interaction of roots rock blues, folk-hop and hip-hop is an interesting one, sort of an acceptance and incorporation of art for art’s sake.

Attack & Release was bred out of a collaboration with the late Ike Turner. The album became sole property of The Black Keys out of obvious necessity and, listening to its content, it would’ve been interesting to hear Ike’s take on the material.

Despite being one of the bands that got notoriety during the garage revival, The Black Keys (singer/guitarist Dan Auerbach and drummer Patrick Carney) seem more of a classic rock outfit, taking Bonham-flavored percussion and heavy blues rock riffs to the task of expression. Opener, “All You Ever Wanted,” has sweetness to it that charges into a pulverizing mix of cymbal and organ, leading then into the energetic monster that is “I Got Mine.” From there, we get the straightforward rock energy of “Strange Times” followed by the subtly layered banjo ditty, “Psychotic Girl.” Tempos change, things stay interesting, but “Lies” winds up sort of slow and lackluster, unsaved by the ghostly vocals in the background or Marc Ribot’s fretwork.

“Remember When (Side A)/(Side B)” is the same song written differently, treated like the vinyl midway; ending in a pleasant tune, beginning with some fast and harsh rock energy. From here, the tempo pretty much stays the same. Ian Anderson woodwind breaks through “Same Old Thing,” they keep it stripped-down for “So He Won’t Break” and then clap some percussion for “Oceans & Streams.” Singer, Jessica Lea Mayfield, duets with Auerbach for the moving “Things Ain’t Like They Used To Be,” which winds up being one of the album’s best moments.

With Modern Guilt, Danger Mouse continues to add the same ambience and atmospherics as he did with Attack & Release, though it seemed he had more fun with this album.

Modern Guilt is an interesting variation on Beck’s folk and groove roots, taking a lot of liberties, (a LOT of liberties), with percussion and mixing avant elements with radio-friendly pop melodies. Songs like the opener, “Orphans,” “Gamma Ray,” and the title track, fairly reek of Beck’s familiar charm, but layer enough odd elements (syncopated claps, understated and robotic keyboard notes, ghostly background vocals) to integrate them better with other songs on the album which, at times, aren’t as easy to swallow.

“Chemtrails,” for one, is a beautiful and distant sounding piece of psychedelia immersed in light reverb and caffeinated drum rolls. The lovely block of “Walls” and “Replica” (best songs on the album as far as I’m concerned) serves as an understated and creative build up to the harsh beat and amplified noise of “Soul Of A Man” and the immediate rush of “Profanity Prayers.” The two songs most seemingly tied to Danger Mouse, are “Youthless,” a keyboard component of which owes itself perhaps coincidentally to Grandmaster Flash’s “The Message,” and the slow and steady boom-bap of closing track, “Volcano.”

Two of this year’s better albums. Not the best, but definitely worth the attention.