- December 03, 2008
This morning, I happened upon an article over at Rolling Stone.com that made a couple things very clear:

Vomit #1 — Led Zeppelin may possibly reunite for a tour WITHOUT Robert Plant, meaning that someone inappropriate will be taking over as vocalist.

Vomit #2 — The inappropriate candidate for the tour's Robert Implant is Myles Kennedy, current lead singer for the band, Alter Bridge.

Vomit #3 — For those of you don't know, Alter Bridge is the byproduct of Scott Stapp's decision to leave Creed and embark on a laughable (fuckit, hysterically delusional) solo career.

Vomit #4 — Because of Kennedy's potential obligation to tour as Zeppelin's Robert Implant, Alter Bridge is in talks to reunite with the deflated Stapp, thusly reforming Creed after only four years of appreciated and cherished silence.

Vomit #5 — Add it all together, and Zeppelin is now inadvertently responsible for the reactivation of one of the worst and most overrated bands to seep into a recorded format and a collective pop culture consciousness. Page, seriously, what the fuck did you do!?! 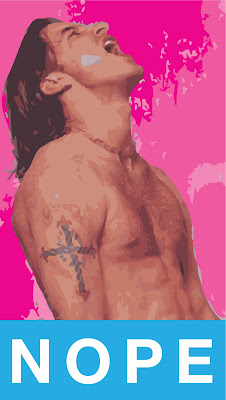 Verdict — Fuck reunion tours. Why don't you guys call it "The Song Remains The Lame?" Maybe Creed could be your opener.

Sincerely,
Letters From A Tapehead
reunions to whom it may interest upcoming tours you hoped it wouldn't happen