Shopping For Records #9: Flipper’s Generic Is Finally Affordable/Magazine Gets Peel(ed)…

After a couple years of searching and finding laughably unaffordable results for out-of-print Flipper CDs, I was thrilled to find out that reissues have finally been realized. I remember hearing Rick Rubin’s name attached to the project maybe two years ago, but I guess that just wasn’t in the cards. Maybe he got sidelined by Metallica’s recent attempt at relevance. Who knows? 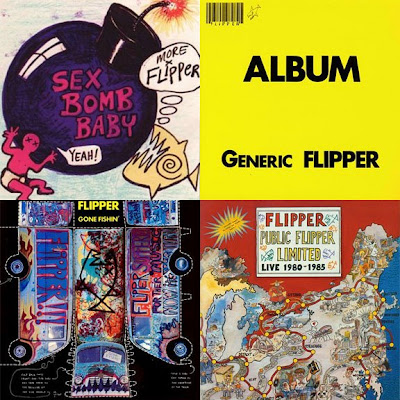 Flipper’s Myspace page had this to say:

”Finally, after way too many years out of print, The Classic Flipper Albums, originally released in the 1980s, will be re-released on vinyl by Four Men With Beards, and on CD by Water, both imprints under the Runt label. Generic Flipper, Gone Fishin', Public Flipper Limited, and Sex Bomb Baby, will begin hitting stores in the US, Canada, Australia, and Japan, on Dec 9th. CDs will roll out first to be followed by the vinyl release in March 09.” 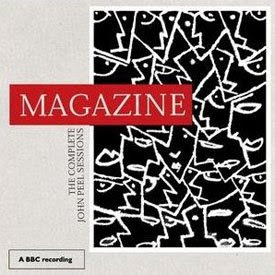 Ex-Buzzocks vocalist Howard Devoto’s Magazine are yet another essential post-punk outfit. This Peel Sessions album features a rendition of Buzzcocks classic, “Boredom,” a song that Devoto sang on the Spiral Scratch EP. It also features a version of “I Love You, You Big Dummy,” from Captain Beefheart’s Lick My Decals Off, Baby, another out-of-print gem that needs to be reintroduced into civilization immediately.

More of a novelty item than anything else, but it has my interest peaked.

Sincerely,
Letters From A Tapehead
out of print post-punk punk reissue shopping for records upcoming releases

triode said…
I just picked up the Flipper reissues a couple days ago. Boy, is it ever nice to have this all on CD!! Aside from a glitch in "You Nought Me" from Gone Fishin' (there's a digital error or something, at 1:53 or so, and it's present on the two different CDs I tried), everything sounds great.
3/10/2009 9:28 PM

Good to know about the defect in Gone Fishin'. So far, I've only picked up Sex Bomb, Baby, out of sheer want of "Love Canal" on CD. My next will most likely be Generic. I'll have them all eventually.