The Black Angels
Directions To See A Ghost
A Light in the Attic
Released: 5.13.08

So, it’s all about atmosphere, right?

The Grails, a very ethereal sounding presence, reliant on Middle Eastern aesthetics, heavy rhythm and sometimes jazz-based percussion and syncopation. Acid Mothers Temple, in all their permutations formed by its cultish leader Kawabata Makoto, remain a Sabbath-based collective of lengthy, loud and acidic hard rock and under-the-influence haze. The Black Angels, a Texas unit more reflective of the proto punk variety, (think a post-Joy Division, post-My Bloody Valentine take on The Velvet Underground), fits into the realm of indie rock a little better while remaining buried under the weight of enveloping distortion.

Between the three, it really is all about atmosphere, whether it be chemically induced or learned: “I learned it by watching you, Jimi! But, I do sleep on my side after a bender, so thank you for THAT invaluable lesson.” 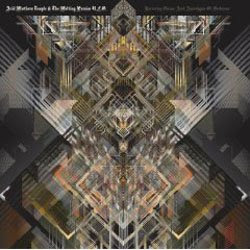 Only two songs long, but clocking in at 73 minutes, the eerie and doom-laden Recurring Dream and Apocalypse Of Darkness shows Acid Mothers Temple & The Melting Paraiso U.F.O. as a wild combination of Sabbath-drear and Iron Butterfly tangent-propelled jamming. The creepy spoken tongues that accompany the electric whine of “Eternal Incantation Or Perpetual Nightmare” come in around the 7-minute mark and add dark urgency and malevolence that only seem to heighten as cosmic sounds become abound in the mix.

Eventually, the music goes into an unexpected fit of chaos before launching into an all-out guitar-driven blues onslaught.

The title track is pure and slow darkness, seemingly crying out in broken, metallic despair for 25 of its almost 37 minutes, the last of which are spent in howling waves of buzzing effects and static.

Not exactly an excerpt from the Recurring Dream and Apocalypse Of Darkness LP, this is a live video of an Acid Mothers jam that accurately conveys their search for the evil head trip. 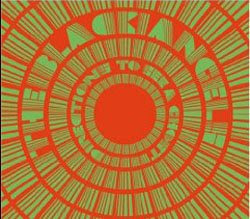 Conversely, Directions To See A Ghost, sophomore album by The Black Angels, doesn’t suffer from a lack of songs, but instead offers a little too much without a whole lot of range.

The first half of the album is just about perfect, delving into some noir-ish and isolated territory with the midnight ring of “You On The Run” and following up with the Kevin Shields’ inspired “Doves,” a gorgeous tonality backing up sporadic feedback and tom-heavy percussion.

Unable to avoid any Velvet comparisons, The Black Angels at least bring the whole psych thing to a different level: Timothy Leary in loner mode, nighttime wanderer, tuned into his own acid-soaked brain matter, reacting to expansive and empty stimuli. Spiritual, but from somewhat of a paranormal sense. Though, content-wise, there’s nothing paranormal about them.

“Science Killer” is an infectious drone, very catchy bassline sort of drawing you in before the Angels try and create a Lynch-ian environment with the Badalamenti rockabilly of “Mission District.” It almost sounds like something Elvis would’ve been into had he done the right drugs.

Joy Division melancholy (“18 Years”) precedes Maharishi sitar (“Dee-Ree-Shee”) and then the Angels do a complete overhaul on “Sister Ray” with “Never/Ever,” the perfect closer to the perfect version of the album.

But, the Angels insisted on four more tracks: “Vikings,” “You In Color,” “The Return,” and “Snake In The Grass,” all of which might’ve made decent B-sides but wind up draining the album, making it almost an effort to sit through, especially with the last track clocking in at a little over 16 minutes.

Video for “You On The Run” by The Black Angels

Having a better idea of what to do with an abundance of songs, Portland quartet, Grails, released two albums this year: Take Refuge In Clean Living and Doomsdayer’s Holiday. Put them together, and you have a mood swing.

Video for “Take Refuge” by Grails

Take Refuge In Clean Living begins with “Stoned at the Taj Again,” a song that sounds like its title. In fact, the whole album feels like it’s under the influence of chemical and spiritual intervention, calling to mind existential journeys over deserted, ethereal plains that take you nowhere physically, but exhaust you mentally. It’s a head-trip of an album, blending together its 5 songs with lush strings, strong rhythm, tribal or unconventional percussion. It’s the album equivalent of an old Sinbad movie, maybe Ulysses, mixed with Oliver Stone’s The Doors. 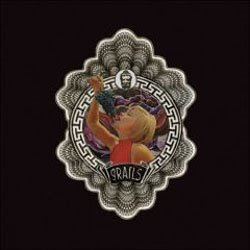 Doomsdayer’s Holiday, however, emanates from a darker corner of the Grails’ psyche, as the title pretty much suggests.

Its first few sounds are the distant screaming of a woman, followed by calamitous percussion and ridiculously catastrophic Sabbath-bred and dissonant guitar notes. It really is like listening to an updated version of the Sabbath’s “Black Sabbath,” it has the same sincere ring of impending doom. 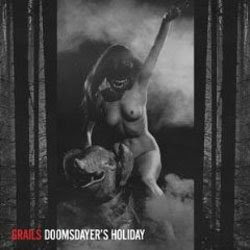 “Reincarnation Blues” does maintain the Take Refuge headspace a bit, but doom finds its way into the mix, as does heft. With headphones, the screaming appears again in the otherwise calm and beautiful, “The Natural Man.” “Immediate Mate,” maybe my favorite song on the album, consists of reverberating percussion over one solid bassline.

Otherwise, the remaining “Predestination Blues” and “X-Contaminations,” the latter of which starts off with the soundbyte “You can always go back to being weak-willed and undisciplined,” continues to evoke spiritual sounds with a sinister bent. The album’s last song, “Acid Rain,” winds up being the light at the end of the tunnel, shifting the mood to pleasantry.

Now, I know the old adage should be “drugs are bad,” but I can’t help but be glad that SOMEBODY’s doing them, so long as the music’s good. And, even if not a single note found within the confines of these albums can be attributed to drug use, then thank you 60s and 70s for your valiant and creative efforts. For those about to trip, we salute you.

Anonymous said…
Your blog keeps getting better and better! Your older articles are not as good as newer ones you have a lot more creativity and originality now. Keep it up!
And according to this article, I totally agree with your opinion, but only this time! :)
2/18/2010 7:14 AM