Home Video Will Be OK

Very quick to write-off electronic music, simply because it seems too easy, I find myself appreciating it more and more, especially when it’s married to actual instrumentation. Preprogramming sounds preprogrammed: lifeless and calculated. There’s something to be said for Industrial strength repetition, chugga-chugga pumped up sonic whirlpools of found, chaotic sound, loud and proud…I get it, but I don’t always buy it. How many times can Kraftwerk be referenced? How often do you want to reconsider Kid A’s effect on the new millennium? Devo? New Order? Massive Attack? Speaking In Tongues-era Talking Heads? Synth Pop has been done. Electronica, New Wave, Trip-Hop…it’s all been done. But, technology being technology, or upgrading being upgrading, Electronica is here to stay. So, we accept it and hope it’s not borne from the hands of some basement dwelling Pro Tools hack. 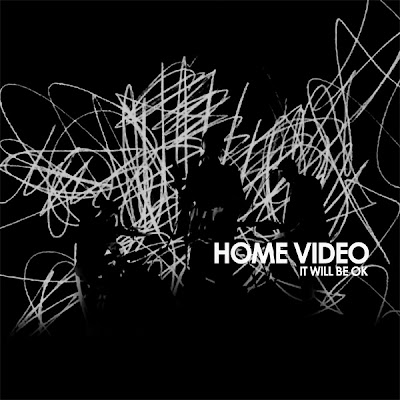 Brooklyn trio Home Video’s latest EP, It Will Be OK, has no pretense in terms of the era from whence it came to be. Radiohead references? Yes, they are very easy to make. First track, “I Can Make You Feel It,” seems to strive for a pulsating Synth Pop Thom Yorke derivation. But, that winds up not being that important. In spite of however many records or bands to which they owe their sound, Home Video offers an engaging and warm four-song EP, actual blood coursing through its copper wires. It brims with passion.

Video for “I Can Make You Feel It”
The melodies are sound, the emotional territory is well charted, but the EP doesn’t deviate in terms of tempo or nuance. Not to say that Home Video wrote the same song four times, but they don’t seem to want to experiment, making It Will Be OK more of a formulaic exercise than an expressive one. Unfortunate, because they do create a lot with very little, their stark and light flurries of electricity bounding in the air amidst lush keyboards.

It Will Be OK was self-released and is available online for free download.