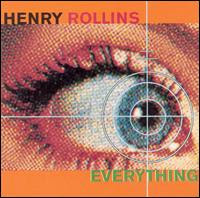 I’m not sure how I missed this one.

Yesterday afternoon, I was listening to an episode of Henry Rollins’s Harmony In My Head radio show that had been recorded on August 22nd. In it, Rollins mentioned that Rashied Ali, Coltrane drummer and Philadelphia native, had died on the 12th. As tribute, Rollins played an instrumental excerpt that he had produced with Ali and saxophonist, Charles Gayle, during the sessions for an audio book entitled, Everything.

Actually managed to find an excerpt from Rollins’s Everything

Everything was my introduction to Rashied Ali, before I’d even laid hands on any John Coltrane album. I would throw on my thick, ear muff JVC headphones before going to bed, and drift off to sleep listening to Rollins speak while Ali and Gayle improv’d in the backdrop, cityscapes and traffic alive behind them if you listened closely enough. And, I really hadn’t been exposed to too much jazz at this point, so the avant/free stuff was beyond me. But, the album made still resonated with me, its wild, though somewhat muted, sax tones sputtering atop Ali’s sticks while Rollins cheerlessly spoke his piece(s). Though grey with time and carbon monoxide, you could see those city walls grandstand in the face of humanity, and feel the cold air pollute your lungs with every inhalation. And, yeah, it doesn’t sound great or romantic, but the grit at the time seemed attractive, me hauled up in my suburban nightmare with my whole life a possibility. 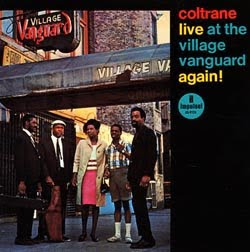 Many years later at a record show, I picked up Coltrane’s Live At The Village Vanguard Again!, and had my perception of music beaten to a pulp, this being one of his late-year music experiments. Alice Coltrane and Ali were in the line-up, and together they shocked and awed an insane rendition of “My Favorite Things” that took up an entire side of the LP. And, then of course Interstellar Space, Coltrane’s duet with Ali, spent months on my iPod, a suitable jab into consciousness during the morning’s commute. 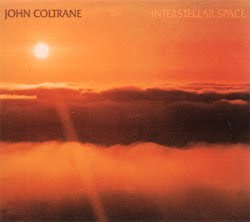 Listening to Ali, he and Coltrane obviously shared a similar vision, the intensity with which each played almost comparable in terms of their instruments: disciplined in their improvisation, high energy and exploratory. Definitely a creative kinship that was unfortunately under-tapped due to Coltrane’s passing.

Being a fan, I was saddened to hear of Ali’s passing, especially since I was unaware until almost a month after it happened. The afterlife’s been picking up a lot of talent lately.

Mourn, Philadelphia: You’ve just lost one of your best.