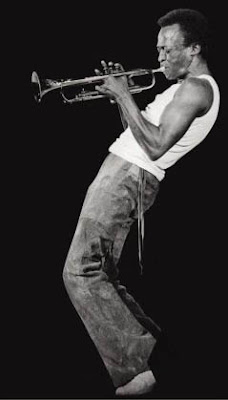 Miles Davis has been very good to Columbia/Legacy. While his body of work, as essential as most of it is, deserves all the attention it receives, (i.e. box set after box set after box set), you can’t get around the fact that Davis has been a reliable moneymaker for the label. He certainly left enough material behind for Columbia/Legacy to produce and reproduce while coming off sensible and respectful about how they treat the material.

With Kind Of Blue having recently received the Legacy treatment in honor of its 50th anniversary, Columbia/Legacy are taking advantage of his current posthumous spotlight and going in for the kill:

Initially, I barked “exploitation!” A 70 CD (1 live DVD, but who would have time to watch it?) box set is as unnecessary as it sounds. As Columbia/Legacy have been releasing and rereleasing Davis’s material for decades at this point, a 70 CD box set entitled, The Complete Columbia Album Collection, means the reacquiring of whatever you’ve already purchased. This happens of course, but when you’re me and you’ve already spent $100-something on a very ornate and intense On The Corner Sessions set, you really want to smack a Legacy bitch.

As it is I own about 20 of his albums, which barely dents Davis’s very extensive discography. As much as the music of Miles Davis means the world to me, I realize that there are other things I want to hear and that that something as exhausting and final as a 70-disc box set would feel like more of a listening obligation than an enjoyable experience. 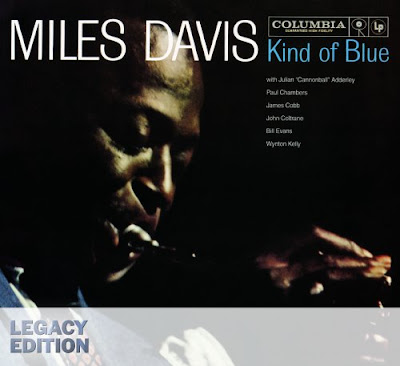 Box sets work conceptually, meaning to house the extent of one’s career depending on that career’s extent. I like owning the entirety of Ozzy Osbourne’s output with Black Sabbath, I like having all of Sly & The Family Stone’s albums, the Talking Heads Brick set is also a thing of beauty. But, as far as Miles Davis is concerned, he’s a musician that I strive to keep new, box sets of certain albums a better investment than an entire career retrospective would be. His evolution is worth the examination that an overwrought box set would likely deprive a listener.

In light of Kind Of Blue’s anniversary, I can almost imagine an album so struggling to breathe amidst 69 other CDs that it no longer seems as meaningful or important. Just because it’s “complete,” doesn’t mean its necessary.

Take your time with Miles Davis. It’s worth it to let his works exist as something to discover.

But, if you’re interested, it’s actually a bargain: It retails for around $365, which isn’t bad for 70 CDs and 1 DVD. The Complete Columbia Album Collection will be available 11/10.