- January 26, 2010
I guess since MTV is now more concerned with appealing to the lowest common teen-nominator, (Jersey Shore and Teen Mom sort of speak for themselves), they no longer have to pretend to care about music.

The damage, though, is already done.

Since MTV's inception, the visual or physical characteristics of a musician or pop group has almost canceled out the need for talent, enhancing music's disposability and leading to the overall demise of pop music. Never mind that people's taste levels have dropped considerably, once MTV came into play, popular music got worse. Yeah, the 70s had disco, but at least that died off and became a well-deserved rock n' roll target. The trend of bad popular music, hasn't gone away, its sole consolation being that it's mostly performed by someone gorgeous suffocating under layers of fabrication. Model music, basically.

MTV's superficial vision has altered the perception of how music should be packaged and sold, obviously. But, with online television slowly canceling out the traditional idiot box, video development seems to have taken more of a "partnership" approach, promoting the artists' music while crafting a platform that these online companies can use to show off and gain some cred.

Not too long ago, I touched on Scion A/V with Pelican's video for "Final Breath." This time, Yeah Yeah Yeahs pulled together a video for the latest single off of It's Blitz!, "Skeletons." Babelgum is responsible for this mystical piece of high def dreaminess.

It's not my favorite song on the album, as I find it epic and overwrought to a fault. But, I still thought the video was worth a peek. 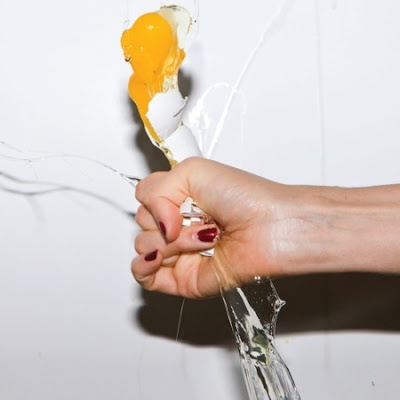