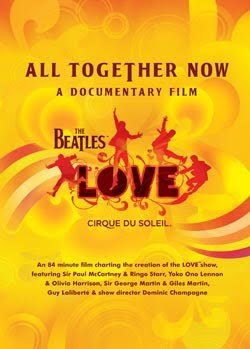 Much as I dislike the Grammys, it’s worth mentioning that All Together Now, a documentary about the making of the Cirque Du Soleil/Beatles show, LOVE, was awarded for “Best Long Form Music Video” (Adrian Wills, director; Martin Bolduc and Jonathan Clyde, producers).

The documentary also focuses on the efforts of George and Giles Martin to reconsider The Beatles’ music for the performance. 2006’s LOVE was the result which was awarded for both “Compilation Soundtrack Album for Motion Picture, Television or other Visual Medium” and “Surround Sound Album.”

Probably my most starstruck moment as a self-made music critic (“hack” more like it) occurred after I’d reviewed LOVE, as Giles Martin somehow found my write-up and commented. It’s the closest I’ll ever come to my heroes in suits. 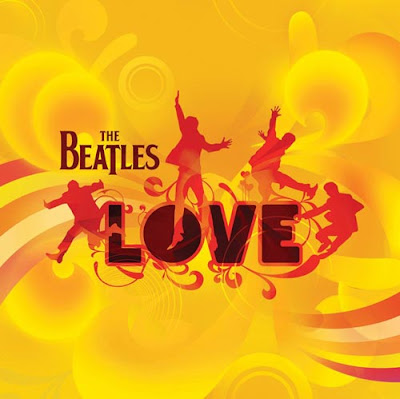