Lately, my daughter's grown somewhat of a fascination with my CD library, so much so that she's been routinely offering me CDs to play while asking, "Listen? Listen?"

Understandably, as she picks at random, most of what I play holds her interest for 30 seconds before she's onto the next thing. As this is has been a constant for the last couple weeks, I'm going to list her picks for the week. Think of it as my Zappa/Moon "Valley Girl" collaboration series.

Fu-Schnickens - Greatest Hits
"La Schmooze" and "Ring The Alarm" amused her enough. She even danced a little bit, though, it was the jewel case that interested her most of all. I think the yellow cover caught her eye as she seemed to pick this one out twice in two weeks. 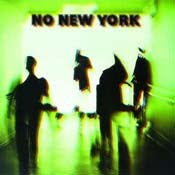 Various Artists - No New York
When she brought this to me I said, "Nah... you're not going to like this one." I got through about twenty seconds of James Chance's "Dish It Out" before she said, "Stop it!" I had a new CD within 5 seconds. 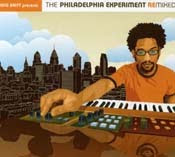 King Britt - King Britt presents: The Philadelphia Experiment Remixed
Possibly too mellow, too smooth? She got bored and left the room. I got to listen to it a little longer, realizing that it had been a long time since I gave this album any rotation. I'd like to revisit it this week at some point. 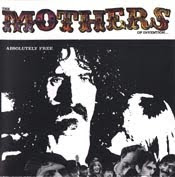 The Mothers Of Invention - Absolutely Free
She yelled at "Plastic People." Evidently, Zappa isn't her thing. Yet. 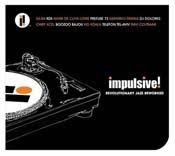 Various Artists - Impulsive! Revolutionary Jazz Reworked
I don't think she liked this one, either. Chief Xcel's (Blackalicious) interpretation of Archie Shepp's "Attica Blues" may have been a little heavy for a two year-old.

PJ Harvey - To Bring You My Love
The title track takes a little while to kick in, so I went straight to "Meet Ze Monsta," which got her jumping up and down. She REALLY liked that song. Smiling, she jumped in place, ran around in circles and actually let the whole track play. Alterna-hipster in the works.

JC said…
A little girl who hates Frank Zappa. See, I told you, good taste is in the genes. :)