- February 10, 2010
It's really happening. The music industry's mostly written them off, writers signaled the oncoming demise and now labels are accommodating the prediction. The compact disc is in the process of being tossed like a mini-frisbee from the "optional format" column. Vinyl, somehow, has regained its footing during the information age, which is certainly cause for celebration. With CDs though having been such a paramount presence in the music industry since the early to mid-80s, labels, especially independent ones, are trying to find ways to capitalize on the changing tide.

Southern Lord is offering a subscription series. For one payment, you receive seven vinyl copies of popular, (relatively speaking), Southern Lord releases. Most of these exclusive releases will feature tracks unavailable on the digital versions and all will be 180 gram specialty vinyl with unique color and design. Black Cobra's Chronomega, which came out around Fall of last year, is the first to be issued for subscribers.

Black Cobra — Chronomega: Vinyl version of the latest brutal recording from Black Cobra. Contains a bonus track not available on the CD version. A cover of the Buzz-Oven classic: “Behaved”. Exclusive color for subscribers: Blood Splatter (limited to 550)

Pelican — What We All Come To Need: 2xLP Deluxe vinyl version with beautiful heavy-weight gatefold jacket. The fourth side contains three bonus tracks not available on the CD version. Exclusive color for subscribers: Red, silver, splatter (limited to 550)

Trap Them — Filth Rations: 12″ Exclusive vinyl only release (NO CD) containing 4 unreleased songs. Especially recorded for a Southern Lord vinyl release. This will be a one sided 12″ with a exclusive etching from artist: Justin Bartlett on the B-side. Exclusive color for subscribers: TBA (limited to 550)

Yob — The Great Cessation: 2xLP, gatefold jacket. This is the best fucking album Yob has done! Contains two bonus tracks not available on the CD version. Exclusive color for subscribers: TBA (limited to 550)

Twilight — Monument To Time End: Members of Nachtmystium, Krieg, and Leviathan have convened once again under the Twilight moniker. The results blow the living shit out of their debut album we released a few years back. Aaron Turner (Isis) and Rob Lowe (Lichens, OM) contribute to the sonic brew. Vinyl version will contain exclusive material. Exclusive color for subscribers: TBA (limited to 550)

The seventh album is, apparently, a surprise.

In the meantime, in addition to Black Cobra's vinyl release of Chronomega, the band (Acid King's Rafa Martinez and former Cavity, Jason Landrian), will be touring extensively for SXSW and with High On Fire later in this Spring. 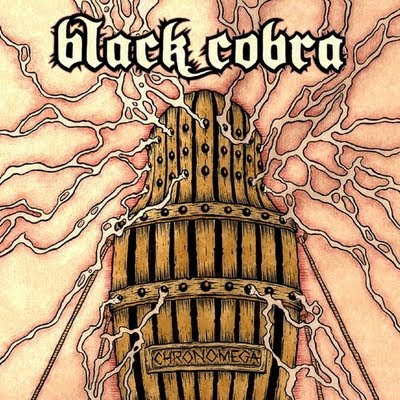 Sincerely,
Letters From A Tapehead
metal shopping for records southern lord to whom it may interest upcoming tours