What I Heard This Morning: Wolf People

- February 01, 2010
Undeniably forged from the acid-blues experiments of yester-yester-yesteryear, Wolf People’s “October Fires” is the first single from their upcoming album, Tidings. The album is being referred to as a compilation as the songs that make-up Tidings were apparently released before Wolf People came to be. Each song was recorded over a period of time between ‘05 and ‘07 by group member Jack Sharp, and had been released as singles through the label, Battered Ornaments. So, Tidings gives these songs a home and group identity.

The song plays as if the needle was dropped with subtle turntable static in the background. I like the familiarity and nostalgia of it, having heard similar songs (Cream, Jethro Tull) peaking out from underneath that wonderful sound. Though somewhat tired of retrofitted bands too occupied by antiquity to put their own spin on a classic, “October Fires” has that perfect blend of Brit-rock blues and acid-induced haze. 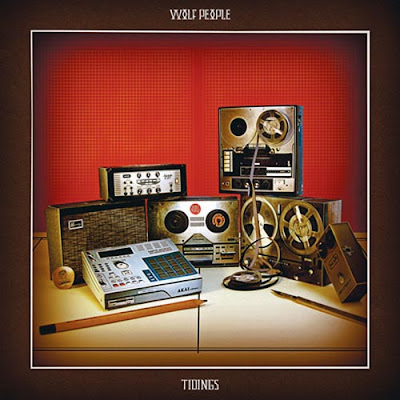 Tidings will be released on February 22nd by Jagjaguwar.

Sincerely,
Letters From A Tapehead
blues jagjaguwar psychedelic upcoming releases what i heard this morning