Yeah, I know this is taking way too long to compile. After this round I’m going to do one more, but the BEST OF for 2009 is pretty irrelevant at this point. Once again, bit off more than I could chew. 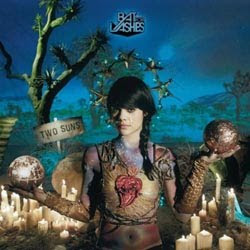 Required or mandatory praise took shape in most of what I’d read about Two Suns by Bat For Lashes, a well-produced piano dirge with all the necessary fixins’ to convey its dark tonality and the harshed mellow of its “little girl lost.”

The album is pretty and Ms. Lashes has a set of pipes that ensure said prettiness. “Moon And Moon” boasts the sort of lush textures I enjoy in Tori-esque balladry of this sort, “Siren Song” and “Good Love” drown in their respective and ethereal existence.

The album’s single, “Daniel,” is basically a rehashed 80s pop track that softens the album’s intended impact. With this song, I envision Atreyu and Artax galloping across Fantasia, (I think I just dated myself), which basically taints any of the album’s dance-hooked enticements. That being said, I’m not sure why Two Suns has received the grand praise that it has. If anything, her criminal under use of Scott Walker for the album’s closer, “The Big Sleep,” is inexcusable enough to ruin the album’s reputation.

Bat For Lashes - Daniel (HD) from Peter Pan on Vimeo. 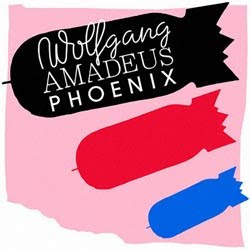 Yet another album that I was supposed to like this year.

It’s a lame and fairly basic aspect of music fandom that the most talked about albums will be so riddled with lipstick your expectations won’t be met. Wolfgang Amadeus Phoenix, though, I like it because it made me challenge my cynicism a bit, relaxed me, allowed me to enjoy somewhat of a “good time” even with its propensity for cutesy pop-o-licious fluffiness. It even has an air of superiority attached to it, its title some sort of perverse abomination that suggests conceit. The first few notes of “Lisztomania” almost begged me to turn the album off, but I listened, and I listened some more. Now, French pop rockers, Phoenix, at least qualify as a catchy amusement and “Fences” was rhythmic enough to bury itself in my head for days. 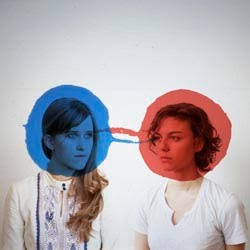 David Longstreth’s Dirty Projectors is interesting as they may be the most pleasant and accessible band to be considered somewhat experimental. There is nothing alienating about this album, Bitte Orca’s feminine harmonies too pleasant to really counteract Longstreth’s odd-tempo acoustics (“Temecula Sunrise,” “The Bride”), or dance-friendly breaks into slamming dancing frenzy (“Useful Chamber”).

If anything Bitte Orca is pretty: “Cannibal Resource” and “Remade Horizon” coursing with Amber Coffman, Angel Deradoorian and Haley Dekle’s unified throat while they also take Orient-flavored liberties with “Stillness Is The Move” and “No Intention.”

I’d actually like to check out their Rise Above album: Projector style covers of Black Flag’s essential Damaged. Or, maybe it would forever ruin this band in my eyes. 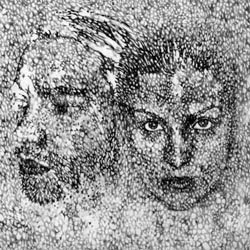 This is one album I wish hadn’t slipped through the cracks.

As much as the whole enveloping, ethereal darkness thing may be getting a tad played out, shoegazer duo, Zaza, crafted a very pensive and rhythmically sound EP based in this sort of retro-goth exterior. The songs are mesmerizing, and Cameo’s first track, “The Call,” caught me by surprise, haunting and even kind of sexy. Zaza, Jennifer Fraser and Danny Taylor, take ample advantage of the opportunity to express who they are amidst isolating consonance, smooth bass tone (“Arms Length”) and tribal percussion (“Sooner or Later”).