- March 11, 2010
When Wire broke up around 1980, their FIRST collapse after releasing a rock solid three-album treatise on what punk rock was and where it was going, members Bruce Gilbert and Graham Lewis worked together for a few years as Dome.

Dome 1&2 is currently available through Mute Records/The Grey Area, though I got my copy through a merchant online. The album features this haunting beauty of a song entitled, “Cruel When Complete,” (sung by Wire co-conspirator, Angela Conway), which is probably the album’s best-known and most accessible moment. Most of the album is admittedly hard-to-swallow, as Gilbert and Lewis cut and paste found sounds, (probably the most appropriately titled track on the album is “Ampnoise,” which sums it up perfectly), experiment with studio capabilities and try and find the extent to which they can abuse their instruments in an interesting way. “Red Tent 1 & 2” demonstrates the album’s vision by juxtaposing their ambient noise experiments with a buzzing jaunt into artful and atmospheric post-punk. 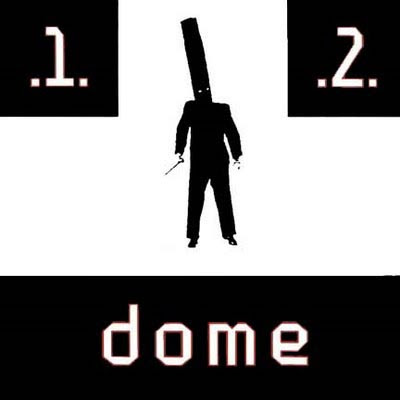 It’s actually a fascinating companion piece to the Wire output, though I wouldn’t consider Dome a casual listen by any stretch. I still have to pick up Dome 3&4.

Sincerely,
Letters From A Tapehead
80s experimental noise post-punk single to whom it may interest