Yesterday, it was reported that Gang Starr’s Guru had fallen into a coma after having a heart attack. Today, Gang Starr’s sound component, the inimitable DJ Premier, claimed that Guru was in recovery after a successful surgery. Good news for all the Gang Starr fans out there, though his coma persists.

In 1993, Guru put out the first volume of Jazzmatazz, a project he referred to as “an experimental fusion of hip-hop and live jazz.” As I’ve always been a sucker for the jazz-hop hybrid, Guru’s album is smooth, soulful and, above all, respectful. As far as hip-hop from the old school, or more accurately, hip-hop’s golden age of the early 90s, it’s one of the best albums from the era. 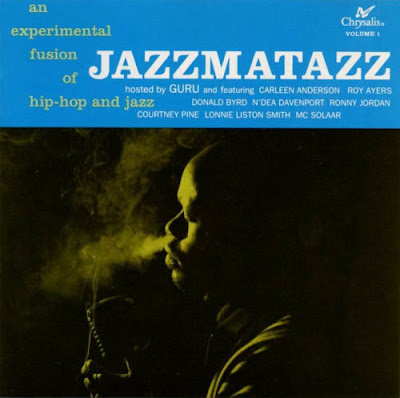 Gifted Unlimited Rhymes Universal... Hope you’re back with us soon.

Sincerely,
Letters From A Tapehead
Labels: 80s 90s hip hop jazz to whom it may interest you hoped it wouldn't happen