The Melvins: The Bride Screamed Murder 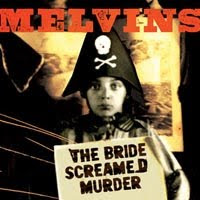 It’s been twenty-five years of The Melvins. Holy shit.

Their new album, The Bride Screamed Murder, will be out June 1st from Ipecac Recordings and a tour is in the works. They’ll be on the road with Isis and Totimoshi.