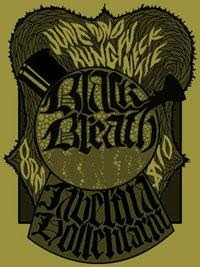 Indulge for me a moment while I recompile all the wondrous images that I’d gathered in my head a little over a week ago during Black Breath’s impressive display the night of June 2nd: Beat-up Vans, cut-off shorts, t-shirts tattered with crackled silkscreened names like Brutal Truth and Septic Death, the stench of heat, B.O. and rock music, my sizzled eardrums squealing high frequency dialing that made any subsequent silence that night less than golden.

It was a good night at the Necktie, a night of noise pollutant sweet enough to convince the most depressed individual that he should carry on at least one more night, long enough to at least enjoy some aggro-tinged thrash metal. Had it been an all-ages night, there would’ve been some fucked up children to deal with having gained sooooooo much newfound appreciation for the truth that their Disturbed records had been denying them for so long.

For clarity’s sake, the aforementioned foaming of the mouth just introductory masturbation, it should be known that Black Breath is a fucking monster of a band. Their new album, Heavy Breathing, won points from me simply because it was a relentless and aggressively paced piece of hell-spawned thrash that evoked the good ol’ days when Tipper was crying behind parental advice and Swaggart was shouting outrage against the metal years while scoring sinful strange on the sidelines. It lost points because I felt Black Breath was simply delivering the goods, fastening themselves to a sound that had been tried, true and dark enough to infuriate parents.

That assessment has taken a backseat.

As it was Black Breath’s openers, the progressively ambitious Hollenlarm and Philadelphia metal group Javelina, had set a fairly retro tone, one that I recall in local metal shows that I’d attended in my youth before hoodies and backpacks became scene-crucial staples.

Hollenlarm were the night’s most challenging listen: a band with ideas found in classic rock, 70s blues rock, thrash and black metal. More prone to art than fury, but not at the expense of intensity, Hollenlarm has a greatness to them that requires an attention span, which will be their burden to bear so long as they continue to expect more out of any audience. 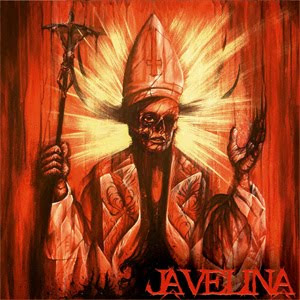 Javelina, however, was a surefire crowd pleaser, a riff-heavy locomotive push the likes of Motörhead and they tore through their set in what felt like five minutes. They were fast, heavy and never dull, a real deal dressed up in local royalty. When one of Javelina’s vocalists, (three members were at the mic), mentioned Black Breath it was to modest acknowledgment.

“That’s it?” he asked, “Give ‘em more than that. They came all the way from ANT-ARC-TICKAAAAAAAAA!”

Introducing themselves, and hailing from Seattle, Black Breath’s lead singer, Neil McAdams, proved himself a threat seconds into their set. He has one of those hardcore voices that many of us fanboys wish we had and it’s not as if his stage presence required much movement or strenuous activity to keep people interested. Truth be known, it’s not as if the Necktie supplies ample stage room for vocalists to move around or be spastic and brutal. But, he does demand attention, and it only helped that the guys behind him were delivering loud, heavy and hard in a perfect exhibition of riffs and drum hits. 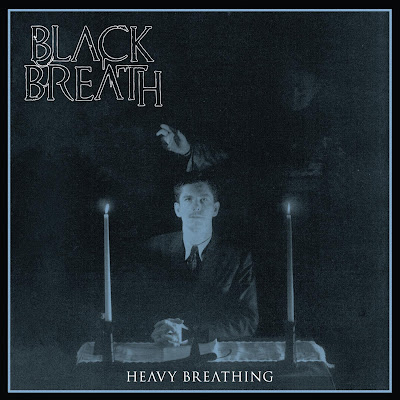 Songs like “I Am Beyond” truly spoke out loud, basically expressing the severity of what the band played in terms you couldn’t possibly translate on an album. “Children of the Horn” burned a hole in my face, and me with my stupid notebook meaning to take notes on everything I was witnessing, I had to drop it on the floor just so I could make devil horns with both my hands. It felt like an obligation. Even “Unholy Virgin,” a song I thought to be the weakest moment Heavy Breathing had to offer, made better sense as a live track. McAdams was nice enough to dedicate “Unholy Virgin” to the ladies before metal blues poured from the monitors.

McAdams didn’t say a whole lot between songs, but he didn’t have to. If I can say one thing about Black Breath, (as if I haven’t said enough already), it’s that the band’s obvious intention was to demonstrate why they were there and why they should be taken seriously. They didn’t hold back or refrain from any expenditure of energy for a fairly meager crowd out on a Wednesday night and it would’ve been real easy for them to say, “fuck it,” and give the crowd just enough.

When I spoke to McAdams after their set, he did mention that he was happy to be playing smaller gigs. It was difficult to carry a conversation with him in the club with my ears ringing and music playing overhead, but I thanked him for the show and couldn’t have been more outright with my admiration for his band.

On my way out, I also got to speak to drummer Jamie Byrum, basically repeating any praise I’d expressed to McAdams and telling him his band is always welcome in Philadelphia. We shook hands and I was on my way home.

P.S. — Show flyer was lifted without permission. If the artist wishes me to take it down, just let me know.
Labels: concerts metal philadelphia southern lord