To all Dopesmokers and Holy Mountaineers: Sleep's Touring This Fall

Legendary stoner rock band SLEEP split in 1997 after two hugely influential albums. Members went on to form underground heroes OM and High On Fire, and more recently metal supergroup Shrinebuilder. This Fall, original members Al Cisneros and Matt Pike will be joined by drummer Jason Roeder of Neurosis to perform the seminal Holy Mountain album as well as selections from Dopesmoker and more. 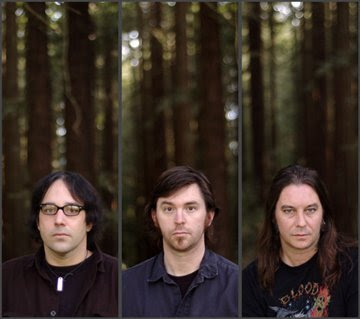 The band then signed to London Records. Their debut album for the major took the form of one mammoth 63-minute leviathan of a track entitled "Jerusalem." The band resisted the label’s attempts at radio edits and bringing in their own engineer to remix the album in view of “marketability.” London baulked at the prospect of promoting what probably still is the most extreme music ever recorded for a major label, so shelved the recording and dropped the band.

So, in spite of their successes with High On Fire, OM and Shrinebuilder, Pike and Cisneros are reviving the beast. Chris Hakius is evidently still unavailable, having left OM after 2007's Pilgrimage LP. Still, a show revolving around Holy Mountain and the hour plus Dopesmoker will be one to remember.

Some reviews and Sleep-related write-ups can be found below:

I also wrote up a quick blurb about a vinyl edition of Sleep's Holy Mountain.

If you couldn't tell, I like these bands a lot.