What I Heard This Morning: Nachtmystium

- June 14, 2010
Last week, psych-meets-black metal band Nachtmystium released their new album, Addicts: Black Meddle, Part II. The first single off the album, “No Funeral,” really didn’t do much for me, its pop metallic dance punk combo a real stretch, albeit a ballsy one. It’s like listening to Duran Duran loaded up on downers and Venom records, which, on paper, carries the potential for train wreck fascination. But, once the novelty wears off, there’s little else to fall in love with.

However, “Every Last Drop,” which is the album’s closing track, finds Nachtmystium wallowing in one of the more interesting and cavernous epic eight minutes worth of clanging reverb and spatial dismay I’ve heard in recent memory. It opens with throat singing, chants and drives like slow moving doom, acoustic strings and guitar solos layered collage-like, thickening the maelstrom. 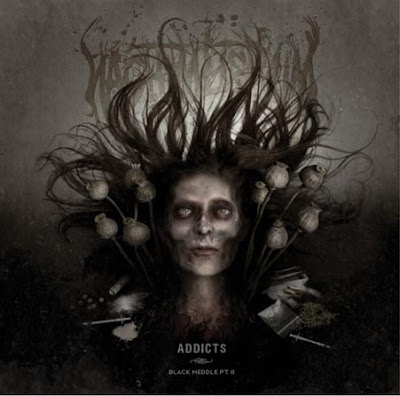 Both tracks can be found at Stereogum.

Sincerely,
Letters From A Tapehead
black metal experimental metal psychedelic what i heard this morning