David Yow: From Stage to Gallery 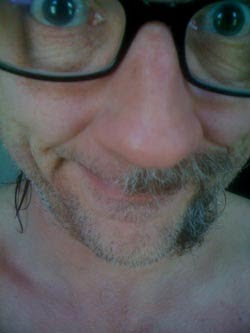 LOS ANGELES, July 7 -- David Yow, legendary front man for The Jesus Lizard and Scratch Acid, makes his art exhibition debut with SOLO: the first ever one-man exhibition of paintings, collage and digital drawings by David Yow running Aug. 14 to Sept. 11 at DIY Gallery in Echo Park, Calif. The opening reception for SOLO, with Yow on hand as well as a celebratory evening featuring music and drinks, is Aug. 14 from 7:00 to 11:00 pm.

The works created for this show are rooted in Yow’s personal and psychological history, and feature a broad spectrum of mediums. From acrylic, pencil, charcoal, crayon, hair, bugs, collage, and tar on wood, to line drawings digitally combined with photographic textures, Yow reveals an uncommon artistic perspective.

In addition to original works for sale, DIY is offering signed prints of Yow’s poster for an August 2010 Queens of the Stone Age / Eagles of Death Metal fundraising concert for bassist Brian O’Connor, who was recently diagnosed with cancer. All proceeds from poster sales will go directly to Brian’s medical fund.

The son of a fighter pilot, David Yow spent his prepubescent years moving from continent to continent with his family, eventually landing stateside in Austin, TX. After dragging ass through high school, but excelling in art classes, he attended Southwest Texas State University. Aiming at a Bachelor of Fine Arts degree, Yow got heavily into painting and drawing, mostly on paper or Bristol board. He was particularly influenced by his mentor, friend, and teacher, Mark Todd, as well as people like Hockney and Rauschenberg. Almost three years into his higher education, punk rock tore young David away, and he forsook visual art, with the exception of making disgusting fliers for punk shows. Starting in 1982, Yow sang for the seminal post-punk band, Scratch Acid, and later earned notoriety as “unhinged” lyricist and front man for The Jesus Lizard… all the while designing album covers and products related to his bands. In the ‘90s, Photoshop became another passion of Yow’s, and he launched a successful career as a photo-retoucher for print advertising and key art. During the last few years, he has increasingly put brush to canvas and poked around with other visual media. Now, he is creating mixed media paintings as large as 6’ x 8’, reminiscent of the work did in school. He has also been digitally combining his line drawings with photographic textures to produce imagery that lies somewhere between photo-realism and cartoon. 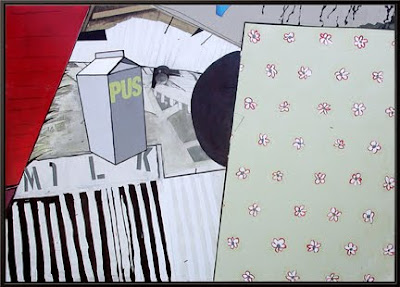 Open to the public
All ages welcome

For more information about DIY Gallery go to:
http://www.facebook.com/diygallery
http://www.twitter.com/theDIYGAllery 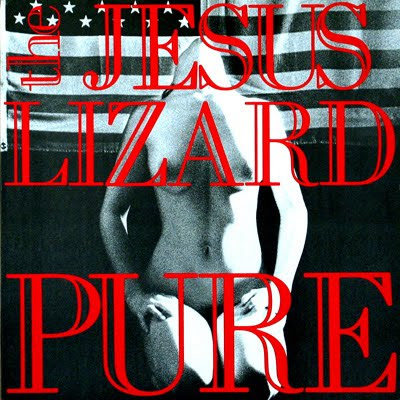 Last year, Touch & Go Records reissued The Jesus Lizard's Pure, Head, Goat, Liar and Down. Reviews can be found at No Ripcord.

Sincerely,
Letters From A Tapehead
80s 90s alternative queens of the stone age to whom it may interest