I'm trying to figure out if contrasting 70s horror with Spector-ethereal girl rock is some new mode of pissing contest relative to Vivian Girls, either former or current. 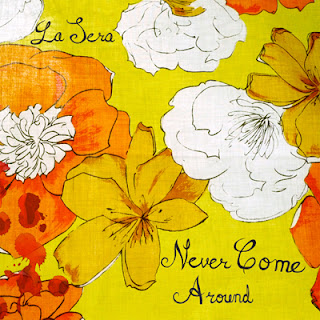 With her new off-shoot La Sera, Vivian bassist Katy Goodman butchers an unsuspecting male while singing the first single from her upcoming new album, "Never Come Around." Not long ago, Frankie Rose made a crowd of gothic prom-goers keel over in aural agony with her single "Candy" in an effort to emulate Carrie, so seeing Goodman clad in 70s grindhouse technicolor seems like mimicry.

I will say, though, that Goodman's version is at least clever and more amusing.

"Never Come Around" will be released as a 7" single in November through Hardly Art  (Clear/red vinyl if you're so inclined to preorder.)