What I Heard This Morning: Library Catalog Music Series (Vols. 9 & 10)

So, for over a year now, Asthmatic Kitty has been building up volumes of instrumental “soundtrack” music featuring an interesting array of musicians and sound artists like Richard Swift or Lowell Brams. For Volumes 9 and 10, William Ryan Fitch comes up with Music For Honey and Bile and art collective Comic Wow conjure up Music For Mysteries of Mind Space and Time. Information on each artist is provided via press release.

Albums were released 10/26 and you can stream each album via the links below:

Music For Honey and Bile

Music For Mysteries of Mind Space and Time

Or, sample the songs:

”When The Ground Is Numb” from William Ryan Fitch. 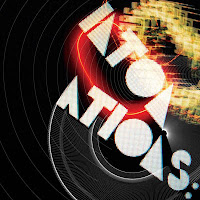 William Ryan Fritch is a film composer, recordist, songwriter, and multi instrumentalist living in Oakland, Ca. He records under the moniker Vieo Abiungo for Lost Tribe Sound Records, is a member of the trio Skyrider, the experimental post-hop outfit Sole and the Skyrider Band, and is a go to guy for a number of other recording artists and producers. Since 2008 he has scored nearly thirty films, several of which have premiered in film festivals such as Sundance, SXSW, Toronto, Los Angeles and Copenhagen.

Music for Honey and Bile is an album of filmic works in which unfettered optimism is loomed out of spectral melancholy, and the unflattering ruddy of such sanguineness stands naked in the midst of the noxious ether. 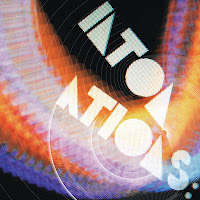 Some coverage regarding previous volumes can be found below:

Sincerely,
Letters From A Tapehead
indie score what i heard this morning