- November 09, 2010
Most of my vinyl purchases this year have been at Siren Records with a few online exceptions. Still trying to stay true to the indie store.

So much poetry on that front cover. 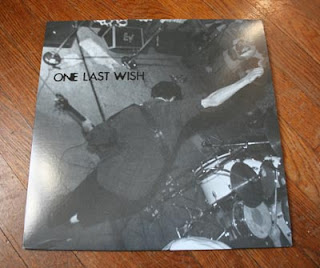 One half of One Last Wish ultimately became Fugazi (Brendan Canty, Guy Picciotto) who led the independent movement in an all-out battle against commercialism and venues that shunned all-ages shows. One Last Wish lasted six shows before they broke up, leaving behind this very quick to the point and perfect collection of songs that provides a perfect model for post-hardcore.

The first few bass notes of "Hide" sort of alight on the guitar noise and rapidity of drum hits and the effect is magnetic. "Break To Broken" is probably the most straight-ahead punk-ish moment on the LP, but the best moments revel in melody with songs like "Friendship Is Far" and "Three Unkind Silences."

The Besnard Lakes have released one of the best albums of the year or, at the very least, one of my favorites of the year. 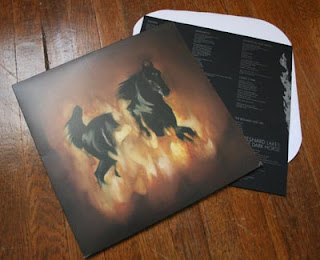 Now a fan, I happened to find their earlier album, The Besnard Lakes Are The Dark Horse, on vinyl and figured I’d pick it up. I haven’t had much of an opportunity to absorb this one, though, as no digital download was made available. Their brand of psychedelic mellow is rendered in such a meticulous and delicate manner, crafting huge moments out of hints of string play or incidental guitar sounds. I just love what they do.

And while I’m on a Jagjaguwar kick, I wanted to own Black Mountain’s In The Future as well, an album that unfortunately took up a spot on the backburner for a little while. 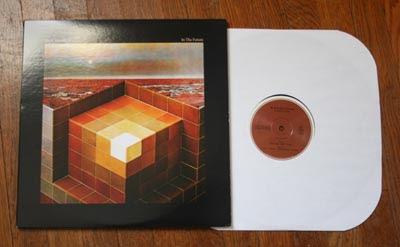 After reviewing the less ponderous and more straightforward Wilderness Heart, and really liking it, this is another band that’s taken occupancy in the fan column. The song “Wucan” is amazing and by itself enough of a psych masterpiece to justify purchase. It’s the type of song that’s noticeably absent in Wilderness Heart, though the album’s energy compensates for its lack of meditation.

I actually had to do a little research to get information on this specific version of Archie Shepp’s Yasmina, A Black Woman. This copy was released in Portugal through the Yes To Jazz label, which may no longer exist as details regarding the label are thin. 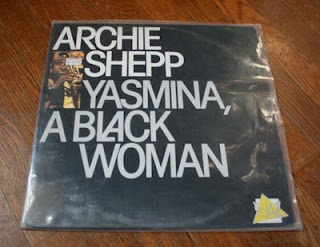 Yasmina, A Black Woman is a mostly avant-garde release, though the inclusion of the standard, “Body And Soul,” means its rooted in bop tradition as well. The music was recorded in Paris on August 12th, 1969. “Yasmina” takes up side A at about twenty minutes and Shepp is backed up by players from the Art Ensemble of Chicago. It’s a wonderfully performed and vivacious piece of music, though the free jazz/avant onslaught isn’t always so easy to digest. Music to my ears isn’t always music to others as I typically equate the loud and raucous absence of construct with the frustration of the era. The jazz guys probably had the turbulence of the 60s better summarized than the hippies did. 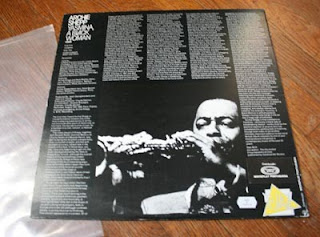 The album’s more accessible B-side features “Sonny’s Back” and “Body And Soul,” Shepp switching the free jazz dynamic with a more refined approach. Shepp is accompanied by Hank Mobley for “Sonny’s Back,” and Philly Joe Jones sits behind the drum kit for both the B-side’s offerings. 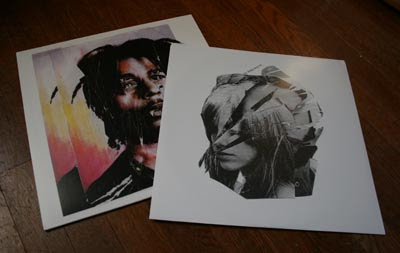 Another one of the year’s best releases, Steal Your Face wound up the basis for an interview, concert review and album review. I got a lot of mileage out of this one, so it only made sense to buy a copy. The LP was limited to 1,000 copies and Mi Ami’s label, Thrill Jockey, no longer has any available. I found Oldies.com through Amazon, and bought my copy from them for about $18. I didn’t think that was bad seeing as this format is no longer in circulation. 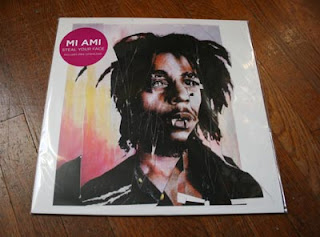 If you’re interested, these links can take you to:

My interview with Mi Ami guitarist/vocalist, Daniel Martin-McCormick
My coverage of Mi Ami’s performance at the Danger Danger Gallery, April 14th
My review of Mi Ami’s Steal Your Face

The final in the series, but not the best.

I think it can be said that, in many cases, Johnny Cash improved the songs he’d chosen for his American Recordings series, and though American VI: Ain’t No Grave is his final act, I sort of wish these recordings had been used differently. 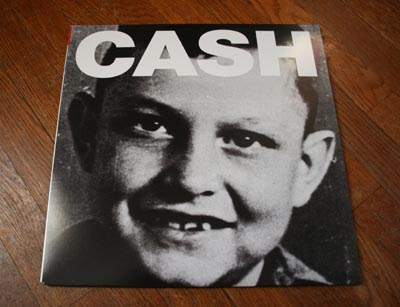 In 2003 after Cash’s death, producer Rick Rubin took what he and Cash had finished and compiled the material for the Unearthed box set. American VI: When The Man Comes Around was a perfect way to close the series, “We’ll Meet Again” a mortally aware testimony from the Man In Black. He dug up his classic “Give My Love To Rose,” he took “Hurt” and made it emotionally overwhelming and his version of Hank Williams’ “I’m So Lonesome I Could Cry” was beautiful. Even a Sting song, “Hung My Head,” was injected with so much lament and suffering that it made your eyes well up like the aftermath of a Visine binge. 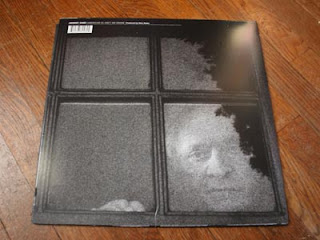 Because American VI had so much personal resonance, V and VI seem unnecessary, though I like V better. Ain’t No Grave, though, like anything bearing Cash’s signature, should be considered and appreciated.