What I Heard This/Last Week (Part 2): John Vanderslice, Exray’s, If By Yes...

You’d think I’d have made some progress over the course of a four-day weekend, but such was not the case. 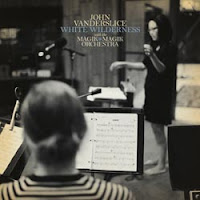 You have to hit up NPR to check out the new John Vanderslice track, which is being released in January on the album White Wilderness.

White Wilderness is out January 25 in the US.

The Magik*Magik Orchestra have a comprehensive mastery of classic performance and repertoire, but also have a full appreciation of the aesthetics of indie and underground music. (Minna) Choi arranged and conducted White Wilderness with 19 members of the Magik*Magik playing strings and horns, vibraphone, pedal steel and piano, an assortment of reed instruments, and much to JV’s benefit, the voice of Minna Choi singing backup at key moments throughout the album.

Recorded in San Francisco, White Wilderness was produced by John Congleton, whose resume includes albums by St Vincent, The Walkmen, Explosions in the Sky, Bill Callahan and many more. The results are stunning, and White Wilderness is a breath of fresh air for JV, as well as a great stake in the ground for his career of making stellar records. 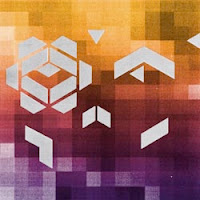 Exray’s claim to fame is that they’ve contributed a song called “Hesitation” to the soundtrack for The Social Network, David Fincher’s biopic about the origins of Facebook.

I’m not completely sure of how to categorize Exray’s, their processor-bred indie rock owing a lot to Kraftwerk, psych and shoegaze. Members Jon Bernson and Michael Falsetto-Mapp manage to sound technologically primitive while remaining catchy and melodically accessible. That’s not to say that Exray’s is easy to swallow, but that they could possibly draw more of an audience to their music by sounding airy and light. They rely on pleasantry while not necessarily catering to a less sophisticated brand of pop tones. Does that make sense?

They’re self-titled LP, (which I’ve listened to a couple times now), will be out next January. Listen to the track, watch the video and scroll through the information below. Both video and MP3 were made available through Pitchfork.

Exray's were abducted from a claustrophobic urban maze when their music was tapped for the soundtrack to David Fincher's blockbuster, The Social Network, with the head-turning song "Hesitation." Since that time, the San Francisco duo released their debut cassette Ammunition Teeth this past October, and have also announced the arrival of their debut S/T LP, set to create mass euphoria on 1.25.11. Impose Magazine premiered the lead-off, Turkish-psych influenced "You Forgot," and Pitchfork premiered the accompanying, beyond-creepy video for the track as well. Side effects may include lo-fi narratives that cause listeners to experience personal feelings.

Addictive songcraft and cinematic arrangements have already led to public outbreaks of adrenaline. Gene-spliced pop and grimy beats have been spawning catchy melodic viruses. Guest performances by Nate Query (Decemberists), Tim Cohen (The Fresh & Onlys) and Warren Huegel (Citay, Jonas Reinhardt) have compounded these effects. Anyone displaying these symptoms should consult their doctor before viewing Exray's first official video, which has no known antidote.

Exray's are comprised of Jon Bernson and Michael Falsetto-Mapp, who concocted, recorded and mixed both records. Mastering was handled by Eli Crews (Subtle, WHY?). New videos are in the works, including one by Pixar's Jeanne Applegate. Exray's will be wrapping up the year with a few Bay Area shows, and then touring more extensively when the LP drops in early 2011. 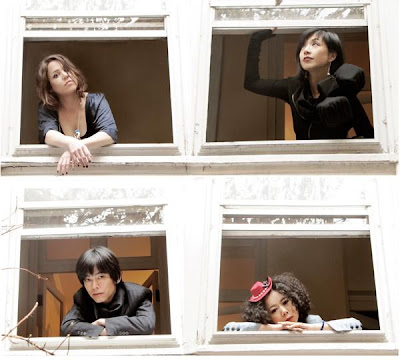 Not so much that the band has a single out, but some buzz has been slowly building around If By Yes, a four piece featuring Petra Haden (That Dog), Yuka Honda (Cibo Matto, Floored By Four) and Cornelius contributors Yuko Araki and Hirotaka “Shimmy” Shimizu. The music is soft and esoteric to some extent and, at times, it dangerously borders on contemporary. Haden’s voice, though, really graces the music, adding the certain something If By Yes would otherwise require to truly enhance their output.

Salt On Sea Glass is the name of their upcoming album, though, I’m not completely sure when it’s releasing.

I found a live clip below.

Sean Lennon apparently wrote this with regards to If By Yes:

Way back in the 20th century, Petra Haden and Yuka Honda first crossed paths when they were members of That Dog and Cibo Matto (respectively). Since then they've each had one foot in pop music and one foot in the avant garde. Petra has released groundbreaking vocal projects Imaginaryland and Petra Haden Sings The Who Sell Out, while also singing and composing TV commercials for Toyota Prius. Yuka has released 3 experimental electronic albums on John Zorn's Tzadik label, while also producing Japanese pop artists, including Miu Sakamoto and Maki Nomiya.

The two started writing songs together in 2002, but it was a slow, long distance project. They live 3000 miles apart (NYC / LA) and would collaborate intermittently, using email and frequent flier miles...

As IF BY YES, they are joined by guitarist Hirotaka "Shimmy" Shimizu and drummer Yuko Araki, both long time members of the Japanese band Cornelius, and on their debut album, Salt On Sea Glass, special guests include David Byrne (vocals & lyrics) on "Eliza", and guitarist Nels Cline.

Sail away on scintillating solar winds. If By Yes is guaranteed to seduce you with their utterly exquisite and playful sensibilities, futuristic rhythms, and other-worldly sounds.