Shopping For Records #45: A Spree Via Gift Cards and a Free Afternoon...

- January 30, 2011
A cold Saturday and some free time prompted a 45 minute ride over to West Chester's Chester County Book & Music Company so I could spend a few gift certificates and lighten the back burner.  Most of my purchases were stragglers from 2010, a few things I've always meant to acquire and acquisitions based on some reconsideration. 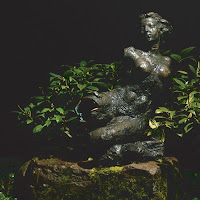 I thought this was interesting find: Two edited singles from Menomena's 2010 release, Mines, along with two unreleased tracks.  I haven't had the chance to give either single a spin just yet, though.

Dinosaur Jr.
You're Living All Over Me
Merge Records
Reissued: 3.22.05 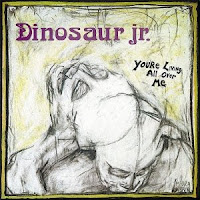 Maybe I've become the 90s version of baby boomer arrogance and self-indulgent nostalgia, two things I've tried mightily to avoid.  All I know is I really wasn't ever a fan of Dinosaur Jr.  Ever.  It was never an outright hatred, mind you.  Certainly I understood the hoopla regarding J. Mascis and Lou Barlow, two pre-Alternative icons that played some role in determining the sound, the look and the feel pre-90s counterculture.  Their sound just never caught me.

And, then, I heard "Little Fury Things."  I'd heard the song before many, many times over the years I've put behind, but this time it was different.  The despairing tone feels right and Mascis' vocal is emotive when it counts.  I saw You're Living All Over Me on the shelf and decided I should own it.  Evolving tastes or nostalgic sabotage.  Your call. 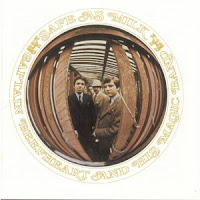 Yes, Captain Beefheart died.  Yes, I bought one of his albums posthumously.  I'm aware that nothing screams "poser" like buying an album from a recently deceased legend, especially one with such cred in the inner circle of rock snobbery and elitism.  But, Safe As Milk has been on my wish list for way too long.  And it's probably true that Beefheart's demise awoke in me some underlying desire to reengage my fascination with him and his catalogue, I won't deny that.  But, I'll instead chalk up the purchase to this:  I was in the mood to listen to Beefheart, so it made sense to nab some. 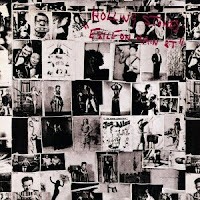 It's HERE that accusations of posership can take hold because, and I say this with a degree of mostly unapologetic callousness, I've been anti-Stones for as long as I can remember.

Before my virtual head is removed by Keef-fanatics, let me explain a few things.  My perspective may have been different if the following had not been the case/true:

1). The Beatles vs. The Stones debates — I was raised on The Beatles.  I ate, slept, drank and breathed The Beatles.  Paul, John, George and Ringo were always on in my household, an everlasting presence that was either subtly in the background or the topic of passionate commentary from my Father, a trait that he passed down to me as I can never, EVER, talk about a Beatles album without some lawyer-esque tone that laces my words with an air of "I KNOW WHAT THE FUCK I'M TALKING ABOUT!"

I will say that this aspect of my upbringing played some role in determining exactly how insignificantly the Stones would play in my life and that they were essentially, in my mind, a group of geezers that didn't have the good sense to throw in the towel before coming up with something as stupid as "Love Is Strong."  I understand that the Stones, as far as being a live act, definitely have one up on the Beatles in the regard that they were a full-on touring rock n' roll band.  Let It Be speaks volumes about how dysfunctional the "live" Beatles had become, so I concede that the Stones at least had their shit together.  This, though, brings me to my next point.

2). Post-Exile — The Beatles quit and The Stones didn't.  Whatever post-Beatles embarrassment awaited the ex-Fab Four, (and there were/are many), they were at least attributable to individuals and not something to befoul the group as a whole.  By contrast, there was ample opportunity for Jagger and Richards to turn the Stones into an aging, and ultimately geriatric, tribute to way back when.  It can be said that Exile On Main St. was the height of the band's creative ambition and that they followed its brilliance with mostly lackluster output that was consistent enough to generate a hit or twelve.  Interestingly, Exile seems so low on hits but so high on good rock n' roll music.  Keeping that in mind, it may be one of the few moments in music history when the public got it right and it wasn't just the overabundance of radio play or the educated ears of the rock press that built all the hype around it.

Or, I don't know what I'm talking about.  I admit to being a novice as far as Stones chronology and history.  Tell me I'm wrong and I'll withdraw my assessment.

When news of Exile's reissue surfaced last year, my interest piqued.  I knew that, if any record was going to make me rethink my rather stubborn and close-minded opinion of The Rolling Stones, it was going to be Exile On Main St.  Sticky Fingers is next on the list. 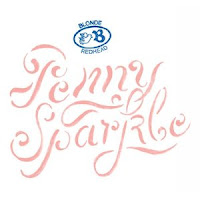 Not usually susceptible to an album this synth-heavy, Blonde Redhead's Penny Sparkle appeals to me from a melodic standpoint, songs like "Here Sometimes," "Will There Be Stars" and "Oslo" reason enough to give this one a shot.  Musically speaking, Penny Sparkle is quite a departure for Blonde Redhead, but this sort of growth transition worked for the Yeah Yeah Yeahs.  To be honest, I think Blond Redhead do the synthesized New Wave throwback thing a little more justice. 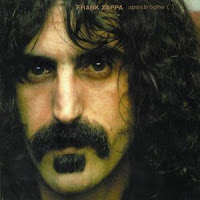 For my birthday last December, my Dad gave me a ticket see Zappa Plays Zappa (Dweezil Zappa's touring tribute to Frank) perform Apostrophe in its entirety.  Being an album I'd heard a few times, but hadn't owned, I was able enough to follow along with the show.  But, after ZPZ's incredible performance of "Cosmik Debris," Dweez and the band jamming with a projection of an archived Frank Zappa singing and playing the song live with The Mothers, Apostrophe became a necessary addition to my music library.

The Roots
How I Got Over
Def Jam/Okayplayer
Released: 6.21.10 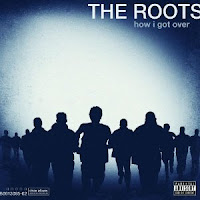 If it's unfair to state that The Roots may be the only hip-hop group worth listening to these days, it's not unfair for me to state that they're the only one I care about anymore.  The Roots know music, which is why they manage to come up with albums that emulate soul and R&B better than any auto-tuned hack, or any overrated songstress.  I know that hip-hop's inventiveness and spirit hasn't completely disappeared, but it's overall devolution has left me longing for its golden age.  The Roots, thankfully, keep art in their game.


The Roots "How I Got Over" from Okayplayer on Vimeo.