- March 24, 2011
I received a couple more Record Store Day-related press releases from Jagjaguwar and Sub Pop. Read below.
Via Jagjaguwar:

Jagjaguwar are proud to announce that Black Mountain will celebrate Record Store Day on Saturday April 16 by unleashing the third single from their third LP Wilderness Heart on seven inch vinyl.

"Rollercoaster" showcases the band's trademark psych-metal sound, with the interchanging vocals of Stephen McBean and Amber Webber in full force. The song was recorded at Sunset Sound in Hollywood with D. Sardy.

The B-side to this single is entitled "In The Drones" and is previously unreleased. It features Webber's haunting vocals at the forefront, accompanied by reverb-drenched picking and shadowy synth stylings underneath. The song was recorded in Seattle at London Bridge Studio with Randall Dunn.

Vancouver's finest will mark this special release with a tour of continental Europe (dates below), culminating in a headline slot at the closing Afterburner event of Tilburg, Holland's prestigious Roadburn festival. 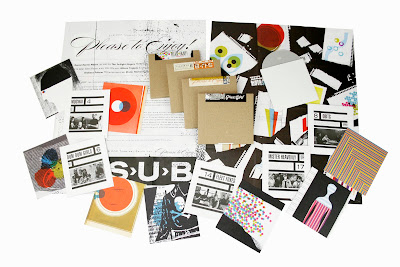 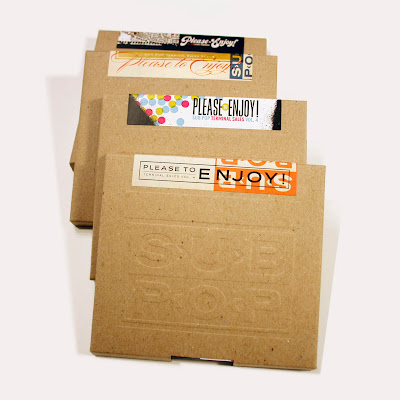 The Head & the Heart Self-Titled Debut out on CD and Vinyl!

Low, Obits and the Head & the Heart In-Store Performances

Sub Pop would like to gift you. Housed in an embossed, die cut case, the sampler contains 18 art prints with information about each of the artists and a folded poster.

More About Record Store Day
This is the one day that all of the independently owned record stores come together with artists to celebrate the art of music. Special vinyl and CD releases and various promotional products are made exclusively for the day and hundreds of artists in the United States and in various countries across the globe make special appearances and performances. Festivities include performances, cook-outs, body painting, meet & greets with artists, parades, djs spinning records and on and on. Metallica officially kicked off Record Store Day at Rasputin Music in San Francisco on April 19, 2008 and Record Store Day is now celebrated the third Saturday every April. http://www.recordstoreday.com/Home