Kicking Against The Pricks: Kill Your Idols

- March 06, 2011
My first music documentary review.  Kicking Against The Pricks was in need of some content for their music documentary section, so I volunteered a few hundred words or more for Kill Your Idols.  I'd seen this documentary not that long ago, and I figured I'd give it another viewing.  No Wave has remained an excruciatingly under-exposed era of punk rock's development, but also one of its more influential and interesting.  Also, being that the era's earliest contributors wind up opining about the bands that have followed in their footsteps, history is followed by some very caustic commentary.  It's worth a look.  In the meantime, check out the review and the latest issue of Kicking Against The Pricks.

Issue #6 is up for perusal: http://kickingagainstthepricks.org/#home 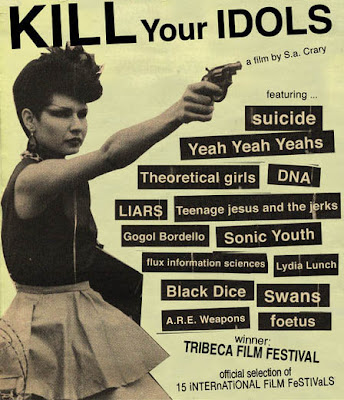