To Whom It May Interest: Jane's Addiction, Joe Lally, Neurosis

Just some news and snippets I caught over the course of the day, plus a new single from Jane's Addiction.
Via Dischord: 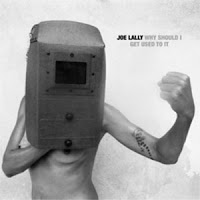 The new Joe Lally (Fugazi) album, Why Should I Get Used To It will be released on April 26 on Dischord Records in conjunction with Tolotta Records. This album was recorded in Rome, Italy, where Joe now lives, and features extensive contributions from his tour-mates, Elisa Abela and Emanuele Tomasi. Joe just wrapped up several weeks of European tour dates and will continue to tour throughout 2011.
Via Buy These Records:
Neurosis’ Sovereign EP To Be Reissued, Pre-orders Go Up Today

Coming up today at 2pm CST from Hydra Head, pre-orders will be opening up for Sovereign, the 2000 EP from Neurosis. Out of print for years, this 4 track EP clocks in at over 30 minutes and was recorded by Chicago’s Steve Albini. Priced at $20, you can place your orders here. Check out the video below, which was part of the digital bonus material included on the 2000 CD release!
Via Crawdaddy!
Jane’s Addiction Added TV on the Radio’s Dave Sitek; Hear the Result

It’s been eight years since Jane’s Addiction released an LP and more than two decades since their seminal Ritual de lo Habitual came out, but Addiction fans can get excited again as Perry Farrell and company have wrapped up recording on The Great Escape Artist, set for release later this year. In addition, Farrell recruited TV on the Radio member and celebrated indie rock producer Dave Sitek for the album. Sitek not only plays bass on the record, but also co-produced and contributed to the writing.

How is this partnership working out? Well, while promoting Lollapalooza’s expansion to Chile this weekend, Farrell debuted a brand new track off the upcoming album while doing an interview with Chilean radio. Hear “End to the Lies” below. (Note: You’ll have to put up with one minor interruption from the Chilean DJ, but as far as DJ voices go, his ain’t that bad.)