Pitchfork has posted a hybridized video for "Hope/Riot Sugar" from Boris' duel releases, Heavy Rocks and Attention Please.  I was hoping that my review of the albums would make the press release, but alas, I've been ignored.  I'll leave you with tour dates, album info and the opinions of OTHER reviewers while I go cower in some anonymous corner, left to age, sour and wallow in my failure to reach the masses.  Info is courtesy of Us/Them Group.

You can read my overlooked review of Heavy Rocks and Attention Please here. 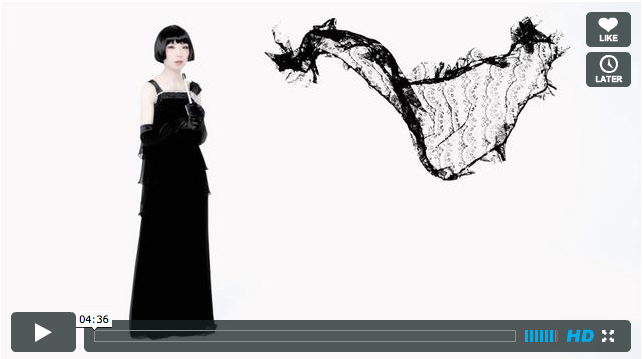 "Boris' latest efforts are nothing short of stunning" -- Rock Sound

"Heavy Rocks is a monolithic take on everything from trippy Funkadelic acid sludge to galloping Blue Öyster pöp to lightning-riding '80s thrash; yet it all billows fluffily from the same dreamy doom factory they constructed on 2005's Pink. Farther into the cosmos is sister record Attention Please, the least "metal" thing the band have released to date, which focuses on icy rhythms and smoky moods, as if they're slinking up alongside The Xx." -- SPIN Magazine

"Despite Boris' wide sonic interests, everything comes together coherently on Attention Please, the band's best record since Pink." -- NPR

"These could easily be pegged as Boris' Zen Arcade -- the point where guitar music goes into the great beyond, pop hooks become heavier than hell and noise experiments become acutely accessible. These albums are a masterwork of feedback and fuzz, an epic symphony of sludge and speed, a blueprint for the future of heavy music." -- Cowbell Magazine

Iconoclast Japanese trio Boris premiere a new video today via Pitchfork. The clip combines two songs -- "Hope" (from Attention Please) and "Riot Sugar" (from Heavy Rocks) -- taken from each of their recently released albums cleverly mashed up into one video. Watch it HERE .

Boris are widely known for their ability to breach styles and stretch sonic boundaries of all that is heavy, psychedelic, droning and downright cathartic. But, Attention Please is more like a complete redefining of their potential in several ways. First and foremost, it is the first album on which all vocals are sung by lead guitarist, Wata. While she has previously sung on a couple of songs for singles and her solo outings, the entire 10-song album features her intimate, multifaceted vocal style. Secondly, the songs on Attention Please have a sultry, intoxicating catchiness to them. It's melodic without sounding pop. It's psychedelic without sounding dated. It's heavy without relying on barre chord riffs.

Boris has earned its rabid cult following for their ability to expertly harness music as power. Be it psychedelic metal, colossal drone, blistering punk or distortion-ravaged shoegaze, a Boris song is an exploration of sound as physical mass. The Japanese trio's classic 2002 album, Heavy Rocks is a landmark of their mastery. So, it's fitting that the group's new album sharing the same title and very similar artwork to that disc, Heavy Rocks (2011) seeks to redefine "heavy" music in a culmination of the band's tireless efforts over the past two decades. This year's Heavy Rocks is beyond heavy, it firmly establishes Boris as a pillar of innovation and integrity in guitar-based music.