Hella's new much-insano art rock pummel of an album, Tripper, was released yesterday.  For those of you unconvinced that Tripper might be worth lightening your wallet just a tad, the album is streaming online via Spinner.com.  Also, as much as I hate to promote them here, Rolling Stone is pretending they still care about music and were nice enough to offer yet ANOTHER single from the album, "Self-Checkout."  All in all, means for listening before buying have been offered gratis.  The Internet is a generous place.

In the meantime, I reviewed Tripper for No Ripcord not long ago if you'd to read it.  You can find that here.  All information was lovingly offered via the wonderful people at Us/Them Group. 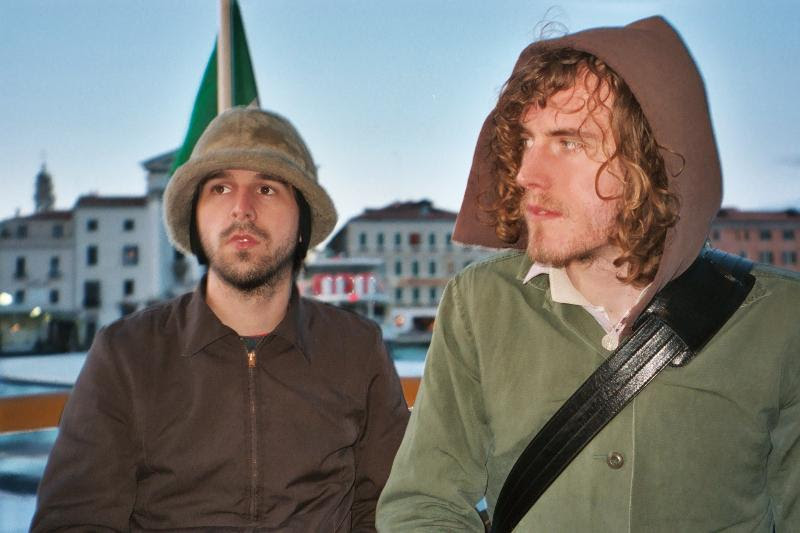 "A return to what Hella does best: breakneck instrumentals and raw, inhuman-sounding musicianship. A-" -- The Onion AV Club

"Hella has never put out an album that's as flat-out fun to listen to as this one." -- Prefix

"Executed with so much precision that it shows the past few years of Hill and Seim getting their hands into other outlets has rubbed off into a fuller sounding spectrum." -- Absolute Punk

Hella has long been celebrated for bringing a rigorous and artful musical complexity to the punk aesthetic. Now, after a four year hiatus, the legendary Sacramento duo founded in 2001 by drummer Zach Hill and guitarist Spencer Seim has returned with their fifth album, Tripper. As the title suggests, it's a wild ride that finds Hella in classic frenetic anthemic form.

The sonic experimentalists have stripped the band lineup back down to the original 2-piece, returning to the streamlined aggression of their earlier work while expanding the barriers of their sound. Tripper is Hella's most "focused" album to date -- and, by focused, we mean in a kaleidoscopic way. While each of the multiple riffs and movements of every song have a clearly defined mood and feel, the way that Hill and Seim breeze between time signatures and parts is like watching the scenery unfold within a kaleidoscope. It's entrancing in its beauty and beguiling in its complexity.

Hella's previous album, There's No 666 In Outer Space (Ipecac Recordings) saw the band expanded to a 5-piece, with lead vocals, bass and two guitars. But, it's the well defined space in-between the duo's impenetrable foundation of drums and guitar that Hella revisits on Tripper with a vigor. Seim's guitar sounds like a one man orchestra of six-string flagellation while Hill's eminently esoteric playing style and innovative collection of repurposed drum equipment redefines the pair's ground-shaking impact.

Hella formed in 2001 when teenage friends Seim and Hill abandoned a previous full band project to start anew. Their name was derived from Bay Area slang meaning "really", "excessively" or more literally, "hell of." Quite fittingly, the duo proved to be "hella" talented and innovative. Early albums and EPs on Kill Rock Stars offshoot 5 Rue Christine and Suicide Squeeze, as well as incessant touring saw the band develop a massive following in underground DIY circles for their incendiary live shows. After later experiments with an expanded lineup, Hella took a break from recording and performing to focus on myriad other projects before reconvening in 2011. 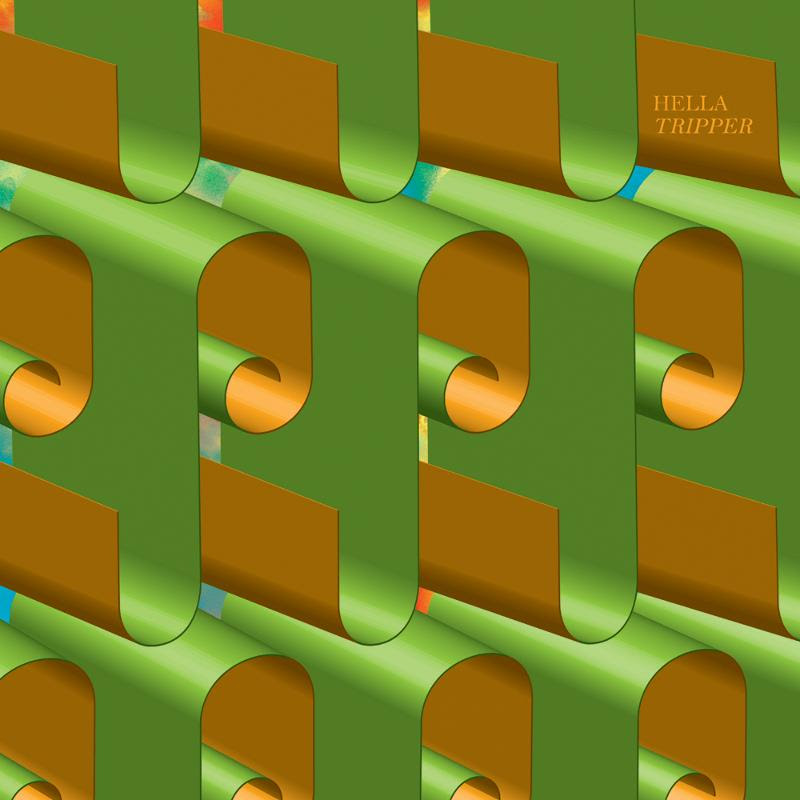