Parts & Labor have announced they'll be on an "indefinite hiatus" following a slew of concert dates they've planned.  Not sure if this is a true break-up or not, but the news was enough to conjure Twitter tears from Greg Kot:

Kot evidently acts in defiance of P & L's new song, "No Nostalgia."  You can check out the song below, along with the band's announcement and tour dates.

Their last album, Constant Future, was reviewed at Kicking Against The Pricks. 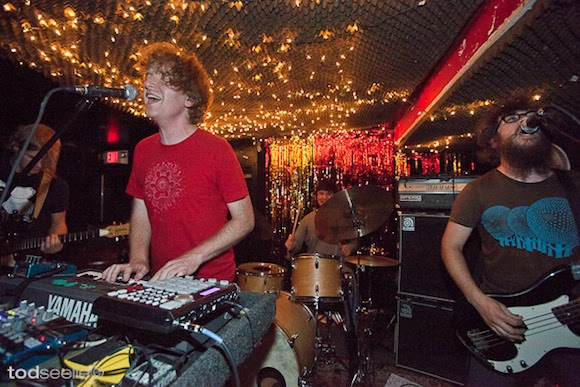 An announcement from Parts & Labor in their own words:

This January, Parts & Labor turns 10 years old. We're planning a string of celebratory shows, in which we play selected material from all of our full length albums, leading up to a big 10th anniversary blow out on February 24th, 2012.

Following these performances, we're going to take an extended hiatus. We feel incredibly fortunate having had a decade of amazing experiences -- making records and new friends, performing with so many killer musicians and artists. But it's time for each of us to focus on personal projects for a while. We're all going to continue to make music through other endeavors.

We'd like to thank everyone who's supported us, bought our albums, seen us live, offered us a floor to sleep on. We love y'all. As a token of our esteem, we're giving away a final song called "No Nostalgia (featuring Todd Bailey and Where's The Party At)", which was recorded during the  Receivers sessions, but suddenly seems all too prescient.