The inimitable and super-prolific Boris are releasing their third album this year, the appropriately and humorously titled New Album. Probably the most fascinating and risky creative transition heard this year can be found in the grooves of Attention Please, Boris’ foray into post-punk/new wave/pop influenced rock brilliance that, while deviating from their usual experiments with drone and sonic mire, basically allows the band to demonstrate their versatility and grow musically with little or no boundaries. New Album revisits and reworks tracks from both Attention Please and their more hard rock-oriented other release, Heavy Rocks (2011). Rolling Stone, (Seriously, why let Rolling Stone handle this one?), is streaming their latest single off of New Album, “Flare.” “Spoon,” was recently posted by Pitchfork.

A limited edition version of the New Album will be out late November for Record Store Day (Back to Black Friday) through Sargent House. Otherwise, release is set for December 6th.  All info and links come courtesy of Us/Them. 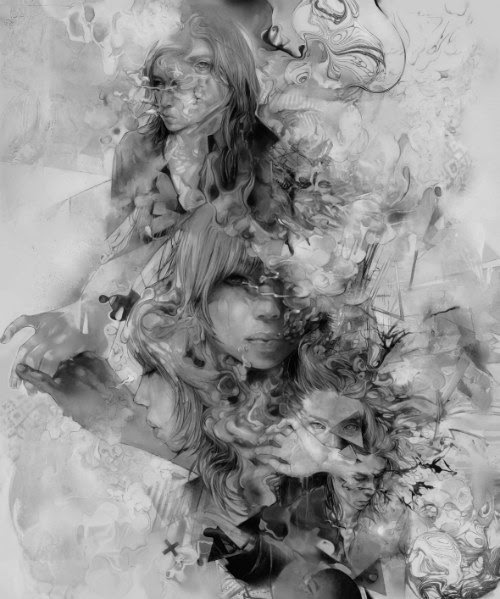 "More complex than you'll notice on a first or even second listen, 'Spoon' goes places your standard pop doesn't. It's an intriguing look at a band trying their hand at a second genre-- and succeeding." Best New Track -- Pitchfork

Legendary Japanese trio Boris have premiered a new track via Rolling Stone from their forthcoming disc New Album. The MP3 for "Flare" is available to stream/download HERE. New Album will be available via Sargent House on limited edition vinyl and CD at independent retailers on Record Store Day: Black Friday November 25th and LP/CD/Download worldwide on December 6th.

The band also announces the first few dates of an Australian headlining tour in March 2012. Please see current dates below.

Boris has long been celebrated for their rare ability to reinterpret a multitude of esoteric musical genres into a sound uniquely their own. New Album finds the intrepid Japanese trio etching their own post-noise, extreme pop niche with some of their most accessible and melodic music being equally their most subversive. Where their two previous albums, Attention Please and the all new Heavy Rocks -- both released by Sargent House on the same day, May 24th, 2011 -- offered divergent expansions to their sonic palette, New Album is the culmination of the band's ongoing experimentation that catapults its ferocious sound headlong into new territory.

Much of the inspiration behind New Album derives from a confluence of ideas regarding the very basic notion of music as art in the modern age. The band was inspired by a current Japanese pop music trend in which a singing synthesis software program called Vocaloid, which enables users to create songs simply by typing in lyrics and a basic melody to be sung by an imaginary anime character vocalist. It has resulted in many chart topping hits created by people with little musical ability (vaguely similar to the success of Autotuned instant stardom in the US). On the other end of the spectrum, New Album also flips the script on the long established notion of the band as an experimental noise act -- based upon their prior albums as well as collaborations with sonic deconstructionist Merzbow and doom-drone duo Sunn 0))). It proves their enviable skill at penning catchy melodies that many of their extreme noise fans would consider reviling "noise" from their perspective. It's a dual jab addressing the rapidly changing landscape of music that situates Boris once again as innovators in their constant challenging of archetypes. And, it showcases the band's ability to embody the essence of myriad musical styles in Boris' own monolithic form.

The 10-track New Album features a handful of revamped versions of songs from both Attention Please and Heavy Rocks (2011), along with a few new tracks, hyper-charged and rearranged with the assistance of radical Japanese producer Shinobu Narita resulting in a sound that could best be described as extreme pop. It shares both the hummable heft of Nirvana's Nevermind and the entrancing, droning haze of My Bloody Valentine's classic Loveless, run through two previous decades' worth of electronic exploration and the merging of underground noise with sugary mainstream gloss. Boris usually self-produce their recordings, so working with a popular producer is quite an exception. The disc was first issued as a Japan-only release in March 2011, but this rearranged and remastered worldwide edition features a reorganized track listing and four songs not available on either Attention Please or Heavy Rocks.

Album opener "Flare" kicks off with a repeated whine of an emergency siren before hurtling into a speedy punk refrain led by bassist/vocalist Takeshi reminiscent of Sonic Youth's most radio-ready work, while elements of glitch and dubstep pepper the proceedings. "Hope" bursts forth with jangling detuned guitars and churning distorted bass as guitarist/vocalist Wata coos along with a soaring string section and chirping electronics. "Party Boy" could just as soon be a lost Bjork track, with drummer/vocalist Atsuo's bouncing dance beats and Wata's cryptic lyrics detailing an alien encounter at a hazy late night dance party. The chugging metallic riff of Heavy Rocks song "Jackson Head" is transformed here into a slithering synth line and chopping rhythms befitting a violent grime tune. "Looprider" closes the album with a throbbing dream pop melody and gliding chorus that gently drones out throughout the 7-minute songs duration before fading into a delicate piano line that dissolves into the ether.

Boris formed in the early '90s as a four piece just-for-fun endeavor with the sonic template of influences like Melvins and Earth. By the time of its 1996 debut as a trio Absolutego (later released in the US via Southern Lord in 2000), Boris had already hit its stride in creating unique ground-rattling heavy, melodic music. The group, bassist/vocalist Takeshi, guitarist/vocalist Wata and drummer/vocalist Atsuo went on to release nearly 20 studio albums, as well as numerous collaborative albums -- including projects with Merzbow, Sunn0))), Ian Astbury and Michio Kurihara of Ghost (who also currently tours with the band as second guitarist and frequently guests on albums) -- EPs and singles on various labels throughout the world.

These eternal masters of the aesthetic 180-degree shift, Boris prove once again with New Album just how deftly the band can tackle seemingly disparate musical elements and forge new sounds that may seem inconceivable to other artists. New Album will be available on limited LP/CD on November 25th, 2011 in celebration of Record Store Day: Back To Black Friday and LP/CD/Download on December 6th via Sargent House. 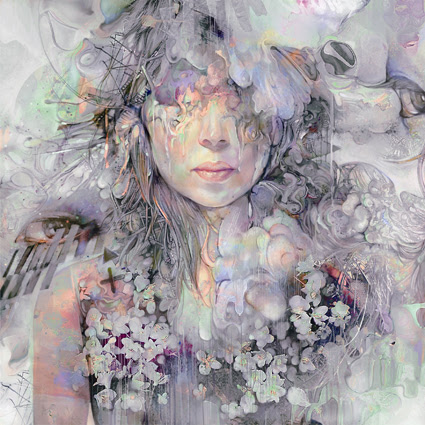