What I Heard This Morning: Loincloth

- November 04, 2011
Yes, the name of this band sucks. The music, though? Pretty severe. Jazzy, prog signatures and chunky sludge metal riffs, Loincloth has just signed with the bulletproof Southern Lord label. Some tracks are available to check out over at Brooklyn Vegan, two of which are from their upcoming new album, Iron Balls Of Steel. All info below comes courtesy of the wonderful people at Earsplit PR. 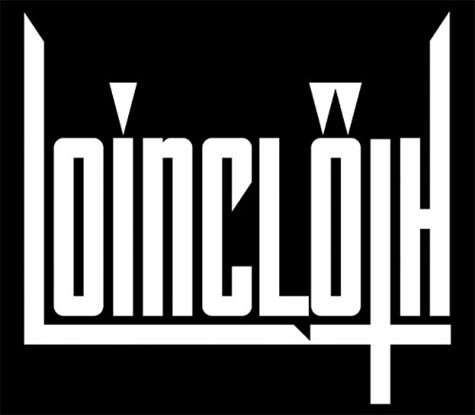 Riff-mangling instrumental/progressive act LOINCLOTH have inked a deal with Southern Lord Recordings for the release of their debut full-length, aptly dubbed Iron Balls of Steel on January 17th, 2012. Brooklyn Vegan are helping us spread the word like the plague this week by streaming two tracks from Iron Balls of Steel.

Tune in and crank "Underwear Bomb" and "Sactopus" up, RIGHT HERE.

The idea behind the formation of LOINCLOTH was to create a band that focused only on the things that made the members' favorite form of music inspiring and powerful, steering clear of cliché formulas, and choosing instead to carve its name out sheer force of will. Punishing riffs and a mean rhythm section were all they were interested in; no acoustic parts, no pointless leads, no repetition and no vocals! To them, metal was getting punched in the face by sinister riffs while a tight rhythm section kicked them with counter-beats to the gut!

LOINCLOTH released their first four-song demo in 2003, which was met with immediate interest from Southern Lord Recordings. The 'Lord used two of the tracks from the demo, and with another track added, released the tracks as part of the 7" Of Doom series. Another track from the demo was included on a Swami Records Swami Sound System Vol 1 compilation that year as well.

With the current band lineup now a simplified power trio comprised of Penland, Shelton and Rowells, the first output from LOINCLOTH since 2003 will hit the streets in January, in the form of their first full-length, Iron Balls of Steel. Representing years of sifting through ideas, constantly crafting and reshaping riffs into no-nonsense metal brutality, the album serves as an offering to all who feel that metal allows for more freedom of expression than other forms of music. Metal accepts extremes. In fact, metal is nothing without extremes! To create pure metal you have to push yourself, and Loincloth meant to do just that. Iron Balls of Steel is about metal's promise to kick your ass, and LOINCLOTH is keeping that promise!

Sincerely,
Letters From A Tapehead
metal progressive southern lord upcoming release what i heard this morning