The Roots: The OtherSide & Tip The Scale

Aside from the occasional indulgence of a bought CD or album, and I mean really occasional, most of the year's music for me as been via promo. Financially speaking, if it wasn't for writing about music, I don't know how I'd hear anything. However, The Roots' new album, undun, was released yesterday and I was sure to pick it up. I realize that Letters From A Tapehead probably doesn't spotlight hip-hop as often as it should. I will attribute this notable absence, unfairly I admit, to my personal preferences and taste, myself being a "music" fan and remaining mostly unimpressed with many of hip-hop's current big timers. This is a genre that has, unfortunately, left me locked into a certain era, a "back in my day" curmudgeon romanticizing the creativity brought to the music via turntables and physical technique, the self-promotion and word-of-mouth brought to the music via boomboxes and cassettes and the flow and craft brought to the music via real MCs with something to talk about other than their possessions. The plastic, Casio beats, the tired, bored loops and extended hooks of today's hip-hop do nothing for me and haven't done much to extend the life of what should be a very vibrant culture. Basically, I can't find the "music" aspects of most present day hip-hop and were I more receptive to boasts over beats I might be on board. 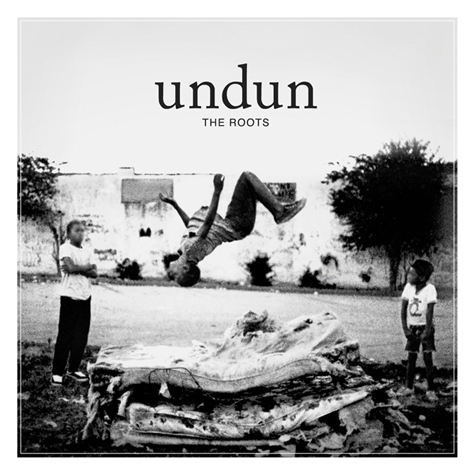 Having said all that, and realizing that a prosperous underground may be nurturing and influencing a higher standard of quality than which I’m currently aware, The Roots, for me, transcend the monotony and self-induced creative constraint that hip-hop is experiencing. Yes, they are a hip-hop band first and foremost, but they also epitomize the possibilities associated with knowing music at a scholar's level (i.e. "music" as in not within the terms of their own classification, which is short-sighted) and being able-minded enough to think in terms of versatility. They've done more to expand hip-hop's boundaries than most groups, not only by staying their own course and not diluting their content or the level of sophistication with which they approach their performances, but by incorporating, musically, the past genres that informed hip-hop's genesis in the first place. What you get are genuine soul albums, rock albums, jazz albums, R&B albums, avant-garde albums, an authentic tone and attention sorely lacking in most performers claiming to be any and all of the aforementioned categorically speaking, especially from a mainstream perspective. This isn't music meant to sell Pepsi or cell phones. The Roots aren't commodifying culture or influencing material envy or desire. Even in the face of The Roots' nightly stint as Jimmy Fallon's late night band, they take clear advantage of their television platform to collaborate with artists, oftentimes aiding in some very unique performances, especially for late night television. In short, for anyone in need of the safety of classification, The Roots are probably one of the most important overall bands to emerge in the last twenty years, a household name that should be leading the way in terms of popular culture’s relationship with music. And, every time I listen to a Roots album, I have to ask myself the following:

How does a genre of music survive if it refuses to grow? Or, at the very least, respect its, pardon the pun, roots? Where is the narrative? Or, the consciousness expanding verbal ingenuity? Why is it okay for any genre to lose its value, or for any performer to allow its genre to suffocate under the weight of commercial viability?

This group proves that a mainstream band can have integrity and as independent music becomes more and more saturated with R.E.M.-inflated jangle, simplistic lo-fi or faux-garage Spector-laced nostalgia, maybe it’s time more bands did try to inform and brighten FM radio’s playlist or redefine the music industry’s status quo. Granted I’m speaking in terms of a pipe-dream utopia where art is considered something other than a means of jingling a fast food cheeseburger or prettifying an expensive automobile, but why are we so stifled in this day and age and willing to just eat the shit we’re given? Because, art and creativity are two things Americans do NOT endorse or develop in its progeny at the expense of the potential loss of conformity and obedience, which are seen as more important. Without either, you wouldn’t blindly consume. From an economic standpoint, it pays to bring up commercial-addled, greedy little bastards, but it does nothing to enable enrichment or thoughtful living.

I digress. Really, all I wanted to do was post videos from The Roots’ performances of tracks from their new album, undun, on Jimmy Fallon’s show. And, after you watch the videos, buy the album, please.