What I Heard This Morning: GAHZA

Yesterday morning, I received a Bandcamp link for GAHZA, which is evidently some sort of experimental/folk/hip-hop/chipmunk weirdness that's home-recorded, sped up, played back and issued out there for all of you to check out.  GAHZA is a character in these tracks from inception with "Birth of GAHZA" till close with "GAHZA's Last Stand," other monumental episodic tracks like "GAHZA Loves," "GAHZA Sleeps" and "GAHZA Hides" carrying the in-between. 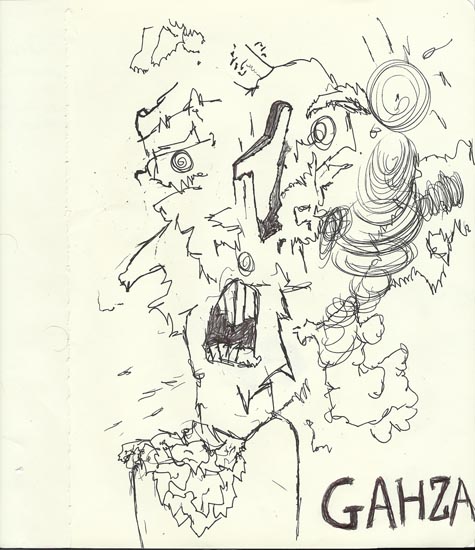 Though the songs are pretty unlistenable, this is the type of strangeness that I at least find intriguing enough to spotlight.  The pretension is thick enough to cut with a chop saw, but it's also goofy and playful.  I just can't tell if GAHZA is some ironic take on a concept album, or if it's just a joke.

Sincerely,
Letters From A Tapehead
experimental online music what i heard this morning