Brave Mysteries: A Snowy Day With Two Hours to Kill and an Enabling Tape Deck — Part 1

- January 22, 2012
As formats have evolved over the years and listeners have grown accustomed to new methods of listening, absorbing and consuming music, it's been remarkable how physical formats have fought to maintain relevancy while the trends have been pushing mightily to cancel them out.  Compact discs are not gone yet.  Vinyl?  A resilient presence in the market that's been enjoying a high level of collector appreciation.  And cassettes.  I've been seeing more and more cassettes. 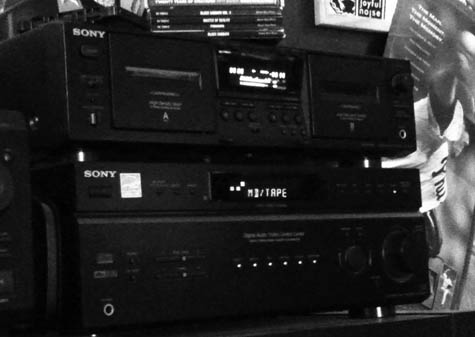 Based on assumption, purely assumption as I've not delved fully into the reasoning behind any cassette renaissance, (which owes itself to such a small population of music lovers anyway, I'm not even sure a cassette resurgence could even as a "renaissance"), cassettes seem to be where vinyl was in the 90s.  Remember when Pearl Jam appealed to nostalgia with "Spin the Black Circle?"  The market was driven mostly by CD buyers and, though they didn't hush the vinyl market completely, cassettes, which seemed just fine early in the decade, saw less and less appreciation and presence.  Tape decks eventually became the new turntables, that obsolete tool now gathering dust while CD players became the height of music technology.

After a decade of pushing digital formats across the Internet for the everyday music consumer, the niche market record collectors are adjoined at the hip en masse in an attempt to keep the physical formats, and the stores that specialize in their sale, in circulation.  But, as vinyl grows more and more popular in the face of digital media, and CDs still offer reliable enough residency to big album reissues, anniversary editions and specially marketed new releases, cassettes seem the truly underground musical statement.  Being someone whose first musical epiphanies came about through their ease of transport, countless dubs and playback, it's easy to understand how non-commercial music finds them appealing. 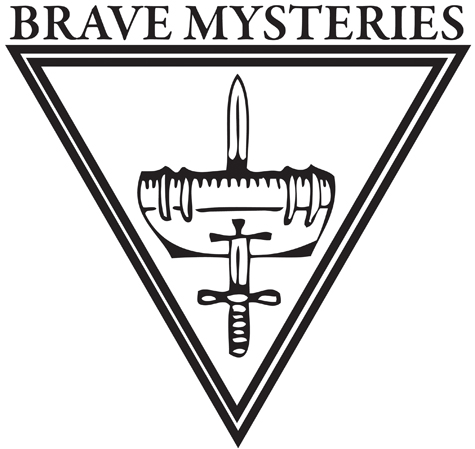 First of all, a label like Brave Mysteries, whom I'm spotlighting in the article thanks to a package I received maybe a month ago, is in this for the love of music.  I find it difficult to believe that any label putting out cassettes of new music is really in it for any foreseeable payday, except the satisfaction of providing an intriguing product to a limited fanbase that still understands the romance of the cassette.  For all its drawbacks and inconvenience of playback, rewind, fast forward, to hear music through a cassette was magical years ago, especially once you brought the Walkman into the picture.  Revelations would power through my ears as I waited for my school bus every morning, and some of those revelations were crafted through my own design with the wonders of mixtapes.

Second of all, I also remember going to local shows and picking up tapes from many of the bands on the bill.  Many of these tapes weren't well produced, dubbed from some shitty tape recorder while the band performed a song in a less than acoustically sound basement.  So, no you weren't buying a superior recording, but you were taking home something unique and relatively inexpensive.  Next to CDs and the very few local bands putting out vinyl in those days, tapes were easy to duplicate, market, carry and sell.  I still have a drawer full of tapes I'd picked up at my high school or college from some of the local bands I knew of or some of the local shows I'd seen.  They're definitely mementos of some bygone era, but also a reminder of how analog and hands-on methods of self-promotion used to be.

Plus, there was an anticipatory step to tapes that's now seen as inconvenience.  Yes, you had to work to hear a specific song, but didn't you get some reward from the task of rewinding, stopping, rewinding and then listening once you were finished?

Well, that might be a stretch.  I won't lie: push button track location is still excellent.

The songs simply titled as their successive Roman numeral, the sounds huge and enveloping, Rose Croix's debut was apparently four years in the making, constructed by three unnamed musicians.  The cassette itself has no info on the performers, no running list of musical duties or responsibilities.  You can only guess what kind of equipment the band were using.

Musically, Rose Croix invest themselves into conjuring some kind of black mass, ritualistic clangor and massive organ chords, an enormity to their percussion and prayer in their melodies.  Vocally Mediterranean, though I think Diamanda Galás at points, you get caught up in transitioning song and both its culturally and perhaps cult-ish influences.  "III," in particular, sounds almost operatic, colossal punch with an endlessness and distance to it in terms of instrumentation.  It's impressive.

An immersion of psychedelia and noise, Chicaloyah is the efforts of one Alice Dourlen, a multi-instrumentalist.  Her release, Laissons Les Sortir, isn't so much music as it is an experimental collection of percussive and atonal ideas.