A Place To Bury Strangers: So Far Away (Video)

A Place To Bury Strangers will be releasing a new EP, Onwards to the Wall, on February 7th. In the meantime, the album is streaming online and a there’s a new video for their single, “So Far Away.”

A Place to Bury Strangers "So Far Away" from Secretly Jag on Vimeo. 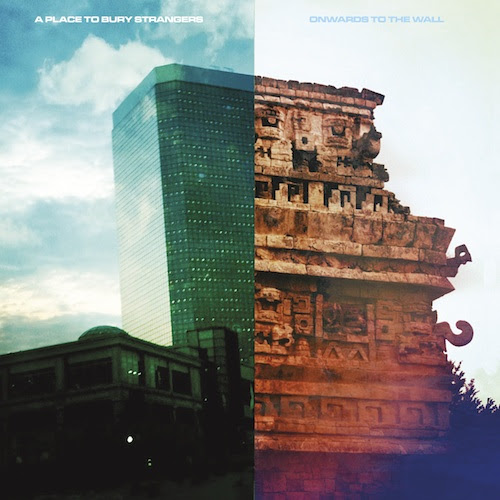 Onwards To The Wall, the new EP from A Place To Bury Strangers, is available for streaming right now - a week in advance of release date - on Hype Machine. The disc has 5 brand new face-melting tracks and will officially be released on Dead Oceans next week on February 7. The Boston Phoenix calls it "indebted to the pleasures of pressure...a suicide tease," and KEXP recently made "So Far Away" their Song of the Day. You can also check out the new video for "So Far Away" created by band member Oliver Ackermann using a collage of his own Hipstamatic photos. SPIN called it an "animated flipbook. There are kissing sequences, driving sequences, mustaches, and cameo appearances from both the Leaning Tower of Pisa and the Alamo."

Stream "Onwards To The Wall"

A Place To Bury Strangers have also added new dates to their tour with The Joy Formidable and Exitmusic across North America this Spring. The new shows include Chicago, Toledo, and Salt Lake City in early March. The bands will hit up the West Coast, Midwest & East Coast before wrapping it up with dates in Montreal and Toronto. A full list with details is below. APTBS will also tour Europe soon - dates are forthcoming.

RECENT PRAISE FOR APTBS
"A wall of sound does not even begin to describe the effect on the ears when the New York band A Place to Bury Strangers performs. From the pulsing floor, through your toes, and up your spinal column, everything in your body starts to tremble…a must-see. More than just a shock to the system, the trio’s music is completely solid."
- NYTIMES T MAGAZINE

"There's a '60s paisley pop structure to this, to which layers of doomy sonics and volume are added in typical APTBS style…Theirs is a sound you need to feel in your chest, even if you (wisely) wear earplugs."
- BROOKLYN VEGAN
"There's no coy nerdery here. A Place To Bury Strangers are as upfront and as lurid as they always are when they're simultaneously torpedoing one's notions of the melodic and the blaring."
- RCRD LBL