What I Heard This Morning: Here We Go Magic

Producer Nigel Godrich, of Radiohead fame if you're unaware, lent his abilities as knob tweaker to Here We Go Magic for their upcoming new album, A Different Ship.  A new single, "Make Up Your Mind," is available for listening and I was happily surprised.  Based on the name of the band alone, I was expecting a guitar swept weep fest.  Instead, Here We Go Magic provide groove and energy.

Here We Go Magic - "Make Up Your Mind" by Secretly Canadian 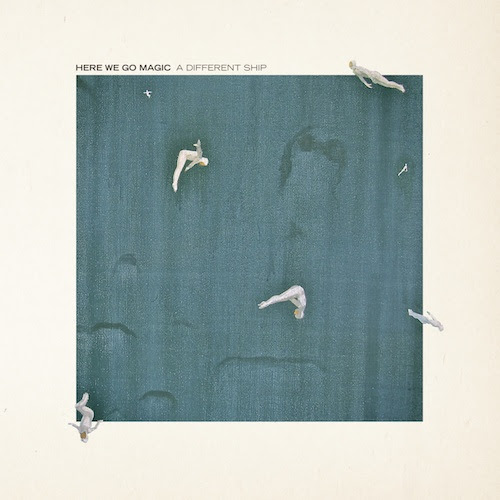 Here We Go Magic are proud to announce the release of their third album, A Different Ship. The LP will be out May 8 and the band have shared their first track from the release, "Make Up Your Mind," over at Pitchfork. To celebrate the release, HWGM will play an intimate set at New York's Knitting Factory on April 26.

Listen to "Make Up Your Mind"

The seeds for A Different Ship were planted in late June 2010 at the Glastonbury Festival. Here We Go Magic had been on the road since spring, wowing audiences at Bonnaroo, Coachella and elsewhere with their uncanny live chemistry, turning album tracks into intricately groovy sonic explorations. That had been their sweet spot since their earliest rehearsals together, when singer/songwriter Luke Temple, bassist Jennifer Turner, guitarist Michael Bloch, drummer Peter Hale and then-keyboardist Kristina Lieberson bonded over a shared belief in musical spontaneity and improvisation.

Glastonbury, however, started off rough for the band. Onstage before noon in the scorching sun, they struggled at the start of their set to feel connected to the crowd. “We were playing horribly hungover and groggy in front of hungover and groggy people,” says Bloch. “The crowd wasn't giving us much to work with, except for these two guys standing in front,” Temple continues. “One of them was dancing around like a maniac and I was like, ‘I’m just gonna play for those two guys. Then I realized, ‘That’s fucking Thom Yorke and Nigel Godrich!’”

Godrich for his part says, "I am a big fan of this band. They work VERY hard. They are very talented individually and collectively. I was turned on to them by Thom Yorke while we were sharing a tipi at Glastonbury and was awoken by their opening set at the park stage. He dragged me along to see them bleary eyed and hung over. They gave an amazing performance for breakfast."

The band met Yorke and Godrich briefly after their set, and over the next few weeks, Godrich popped up at their shows in London and Paris, eventually proposing to Here We Go Magic that he might lend a hand with their next recording. In particular, the producer said he thought he could help them better communicate their live sound on tape, something he calls "very powerful and unusual."

And he did. A Different Ship is Here We Go Magic’s most remarkable and captivating album yet, with an emotional and musical arc that is alternately calming and anxiety-inducing, and often both at once. “I Believe In Action” and “Make Up Your Mind” sound like they’re being beamed in from outer space, while more earthbound tracks such as “Miracle of Mary,” “Over The Ocean” and “Alone But Moving” amble in a somnolent haze, with Temple’s cool timbre cutting through the fog.

Despite an incubation period of nearly a year, and a writing process that spanned two continents, the nine songs of A Different Ship carry a consistent thematic concern -- what the band describes as an “unresolved tension between valuing being alone and valuing being connected.” Says Temple: “The music is beautiful, but feels like it’s brittle and about to crack. It’s always suspended in between major and minor, happy and sad, trying to find that middle ambiguous place. A lot of the endings of these songs just kind of stop, like things are left suspended, floating in space. That’s a real characteristic of us as a band -- moving forward, even when we’re sort of unsure, and knowing we’ll find happy accidents along the way.”
A Different Ship track list: