- August 16, 2012
Bird By Snow, its moniker and vision the work of musician Fletcher Tucker, will be releasing a new album called Offering, which will be out September 15th on Gnome Life Records.  I was particularly fond of Tucker's 2010 album, Common Wealth, which was reviewed at No Ripcord.  New songs from the album have been made available: "Grace" and "Before Names."  Give them a listen and then see all info below, which was provided by Terrorbird Media. 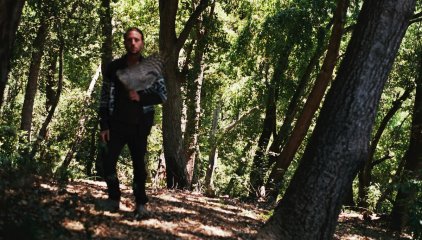 "Fletcher Tucker is a product of the wilds of Nothern California and the Pacific northwest, so it's not entirely surprising that his music sounds the way it does: subtle, remote, rich, contemplative."
- SF Weekly

"It’s not easy to make folk-flavored music different when singer/songwriters seem to emerge from obscurity as often as they fade back, but Tucker seems to simply know the notes and the words. This is music as natural as sunshine, rolling off his strings and keys like rain off a slick surface."
- No Ripcord

The mystique and beauty of Offering, the 5th record by Bird By Snow, is indebted to a deep sense of place. Recorded and performed entirely by Fletcher Tucker – producer of recent albums by Daniel Higgs and Little Wings. Offering offers up eight completely analog recordings put to tape at various power spots in Big Sur, California – Tucker's homeland. This primordial, majestic and wild landscape is the primary inspiration for the album, and consequently Big Sur emanates from the speakers as the record spins – filling rooms with windswept ridges, fog shrouded mountains, roaring coastline, golden clearings, and shadowy old growth forests. However, this record does not present a simple, picturesque view of nature. As in the wilderness itself, dark and light appear in equal measure – storms rage and fires destroy; there is erosion, decomposition, disease and predation. The wild is vast and powerful, both fantastically destructive and creative.

Received, written, arranged, and performed by Tucker himself, Offering is the first Bird By Snow album to not feature any guest performers or collaborations. With new freedom emerging from the isolated creative process, the album's unique structure features five song-formations with vocals and three ambient dronescapes that range from the pastoral and shamanistic to the doomed and stormy. Opener "World's Returning" signals an entrance into a world removed from modern life but perhaps familiar deep in our ancestral subconscious.

Inspiration for Offering was also found in human stories and doings. Indeed as easily as one may visualize redwoods as the record plays you may also see and hear tools being sharpened, fires being lit, stone walls being built, and ceremony being held. The songs center around our tribal past and possible tribal future, old ritualistic relationships to nature, our potential to be truly at home in the wild, and conversely our will to change it. Offering's centerpiece "My People" draws on these themes and intrigues lyrically, but more so "My People" surprises musically with a subtle groove reminiscent of R&B's "quiet storm" sounding both soulful and elusive. Stylistically, the album continues to deliver the unexpected; the percussion on "Peering Out" coalesces into a subdued head-nodding rhythm that swings with masterful restraint, the minimal arrangements on "Wide Open" and "Grace" get the most out of each melody and word, while the naturalistic ambience of "Black Ocean" and "Before Names" captures the foreboding mystery and tension present in the wild.

Offering sets out to reawaken an ancient consciousness, an ancestral awareness present in the land and in our selves – to give you permission to return to the familiar place, inhabited by our fore-bearers, where myth and magic are primary natural forces. This record was informed by a practical knowledge and daily relationship with the physical wild – knowing the plants and animals, walking the trails and peaks, chopping wood and sowing seeds. And these songs came forth by approaching the non-physical wilderness of Big Sur with the same respect and curiosity – through ritual, rites, and ceremony a mystic backcountry opens. 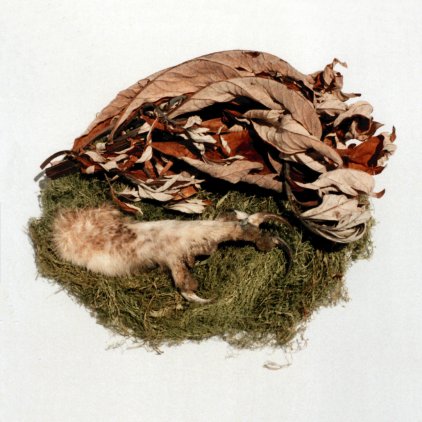