- September 26, 2012
A video for the Dum Dum Girls' new single, "Lord Knows," surfaced yesterday.  The song is from the band's new EP, End Of Daze, which is now available as a physical treasure or an unsatisfying download.

All info, links and tour dates are courtesy of Sub Pop. 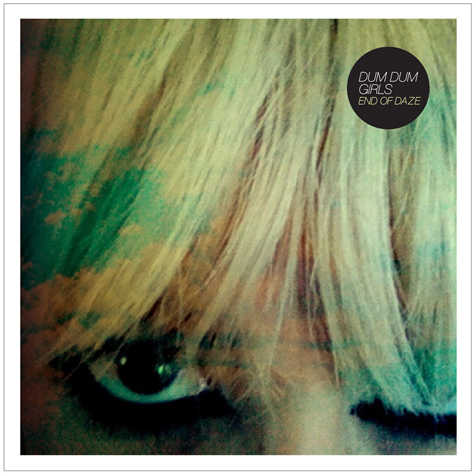 The Dum Dum Girls' lovely new EP, End of Daze is available now via Sub Pop on CD, LP and digitally. The 5-song set is led by the single "Lord Knows", along with track highlights "Mine Tonight", "I Got Nothing", and a cover of Strawberry Switchblade’s “Trees and Flowers”. You can purchase the EP at the following locations: Sub Pop; iTunes; Amazon; or at fine retailers near you.

There's a new video for "Lord Knows", featuring the band and directed by Christin Walker (Dum Dum Girls "Ja La La", "He Gets Me High", "Bhang, Bhang, I'm A Burnout"). Rookie Magazine, who premiered the video, says, “Lord Knows,” is huge and haunting and romantic, and the video... is full of important witchy vibez and flower crowns. Enjoy/obsess (see Rookie Sep. 24)."

Additionally, End of Daze and "Lord Knows" were both given "Best New Music" status by Pitchfork. Of the new EP, they say, "The Dum Dum Girls have transcended their influences but more importantly they've stuck around, pushed past their limits, and gotten better with each release. End of Daze is the best thing they've done, succinct but irrefutable proof that this band's dynamite has a long fuse (read more at Pitchfork Sep. 24).

Dum Dum Girls will support End of Daze with week of release shows in Los Angeles, CA , with an in store on September 25 at Origami Records, and a club show on September 27 at Los Globos; Brooklyn, NY on September 30 at Europa and New York, NY on October 1 for an in store at Other Music. The band will also play October 11 in Syracuse, NY at Schine Underground at Syracuse University and in Mexico City, MX on October 13 at Corona Capital Festival. Dum Dum Girls will then hit the road for a 17-date run, which begins October 18 in New York, NY at Terminal Five and ends on November 3 in Lawrence, KS at the Granada Theatre. You can find a full list of tour dates below.

Much has been written of her personal trials, but no words speak better of her handling of experience than her musical output. The new EP out on Sub Pop titled End of Daze offers a bracing, daring sonic example of an artist evolving in their understanding of the world.

Two of the songs, "Mine Tonight and “I Got Nothing,” were written immediately following the Only In Dreams session. They were recorded in New York City with Sune Rose Wagner of The Raveonettes in February 2011, as was the Strawberry Switchblade cover of “Trees and Flowers.” Intended as b-sides, their nature was of another beast entirely, and Dee Dee set them aside for a future, more atmospheric release (read more at Sub Pop).