- November 12, 2012
I've been getting some furious and rather viscous metal albums from Devouter Records, who clued me into Cultura Tres and Galvano.  I have permission to share their albums online, though I'll insist once you've listened to and agreed to what both bands have produced, you'll please spend your money and own these albums proper.

All info, links and music is provided by Devouter Records. 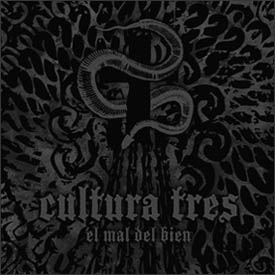 El Mal Del Bien, the mind-bending sophomore album of the Venezuela's Cultura Tres, originally issued by the band in 2011, is being re-released today on CD by the UK based label Devouter Records. Devouter has recently released on vinyl debut albums by Make and Galvano and has some more intriguing offerings in the pipeline.

El Mal Del Bien is a highly versatile trip filled with oppressive passages and hypnotic rhythms, engaging bass lines, drawn out sludgy riffs occasionally entwined with classic solos and trash/death assaults; all this enriched by the double guitar interplay and discordancy - the Cultura Tres imprint, and multi-faced vocal styles. The album has received glowing reviews from all over the world, describing it as “a musical revelation for those tired of the usual” (Captain Beyond Zen), “way heavier than ever before” (Doommantia), “haunting and mesmerizing" (Metal Underground), "pretty much flawless" (Terrorizer) and “a solid gold sludge doom masterpiece that deserves to be heard” (Sonic Abuse), to mention but a few.

The CD edition of El Mal Del Bien contains two tracks who could be found only digitally by now and don’t appear on the vinyl version of the album. The release comes as a 4-panel Digipack CD with the original El Mal Del Bien cover art and full lyrics. Both CD and Vinyl can be ordered directly from Devouter Records http://devouterrecords.bigcartel.com/ and are distributed via Shellshock commercial partners, and will soon be available from Record Heaven, Sweden. The album can be streamed in full here: http://soundcloud.com/devouterrecords/sets/cultura-tres-el-mal-del-bien/ 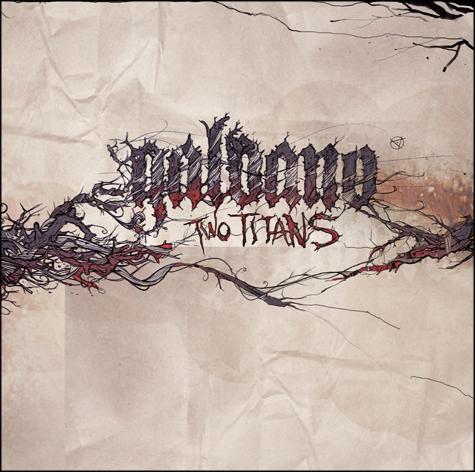 Two Titans sees the duo deliver sludgy powerful riffs and intense drumming combined with slowed down dark passages. They enable you to go through a full spectrum of emotions then back again. Describing the album, Mattius (singer/guitarist) comments that:
‘All these songs are personal, all the way throughout the record. They are about personal matters and demons. It's about finding the darkest corners, the dark lord within and to show up for battle. Portrayed as two titans in constant battle: Good/Evil, Darkness/Light and so on. And sometimes wanting to embrace either side. It's about knowing when your mind is pulling tricks and being able to stop it. It's also celebrating our musical force as a duo.’

Galvano hail from Gothenburg, Sweden and comprises of duo Fredrik and Mattias. Formed in 2005, the band had one direction and one aim, to create something heavy. But it wasn’t until 2007 that the band let the outside world hear what they were creating when they released their first demo and started to play shows. The following years saw more touring across Europe playing alongside bands such as Black Breath and Alaskan.