- January 07, 2013
Musician Ken Stringfellow (The Posies, Big Star, R.E.M.) recently released an album called Danzig in the Moonlight.  "Superwise" is the latest single from his album, a slightly unconventional (albeit accessible) pop track that's difficult to shed once you've listened to it.  I was initially unimpressed, but found something to appreciate upon second listen.  The hook definitely stays with you and the harmonies are sweet.  A tad saccharine, maybe, but sweet, nonetheless.

All info is courtesy of Terrorbird Media. 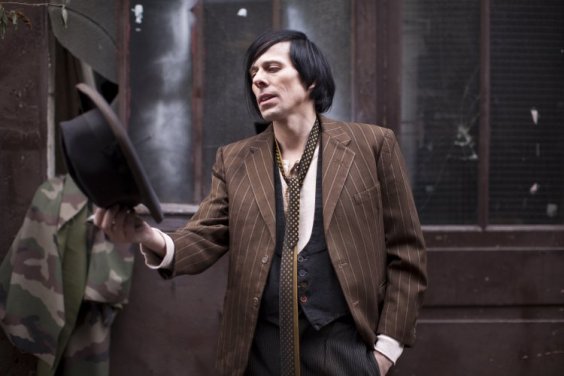 Ken Stringfellow (The Posies, Big Star, ex-REM) recently announced his coast-to-coast North American tour dates for 2013, starting January 23rd in Portland, OR and hitting cities like New York, San Francisco, Philadelphia, Toronto, Austin, Los Angeles, and many others through March. The first batch of dates will be with Spark & Shine labelmates The Maldives, who will be Ken's backing band on the tour, as well as opening the shows as well. The new video for "Superwise," shot all in one continuous take, recently premiered via a YouTube feature as well and you can check it out here.

Ken and the Posies will be playing the Todos Santos Music Festival in January as well, along with Robyn Hitchcock, The Minus 5, Alejandro Escovedo, Joseph Arthur, and more. The festival was created by Peter Buck of REM and brought to life by The Hotel California to add music to the long list of artistic endeavors hosted in this Pueblo Magico in Baja Sur, Mexico. See below for the full list of upcoming tour dates. Danzig in the Moonlight is out now via Seattle's Spark & Shine Records.
***

In addition to his groundbreaking work with the Posies, Ken - musician, songwriter, producer, arranger -- was part of rock legends Big Star, one of the most acclaimed and legendary groups of all time, from 1993 until the death of Alex Chilton in 2010. He also spent ten years on the road and in studio with R.E.M., appearing on two albums (2001’s Reveal and 2004’s Around the Sun), and propelling the band on keyboards, bass, guitar and accordion during headlining slots at Glastonbury, Rock In Rio, Rock Am Ring, etc as well as on TV shows such as Top of the Pops, Saturday Night Live, and countless others. For his solo work, Ken's released three albums over the last two decades (1997’s This Sounds Like Goodbye, 2001’s Touched, and 2004’s Soft Commands), all garnering high praise in Pitchfork, Mojo, NME and elsewhere, mixing Ken’s deeply expressed, emotional singing with delicate elements of acoustic, electric, electronic, and chamber.

Hailing from the musical hotbed of Seattle at the time when that music scene exploded into national prominence, The Posies went on to sign with Geffen Records and released brilliant, successful albums such as 1993’s legendary Frosting on the Beater. The band is still active today, having released their seventh album, Blood/Candy in 2010...an album heaped with critical praise in the UK press...The Word magazine devoted two pages to a review which called it "a finely calibrated....dazzling tapestry...just stupidly good".

For Big Star, Ken played bass, sang and helped create the band’s 2005 album In Space, their first since 1978’s timeless Third/Sister Lovers. He’s still frequently called upon to perform, speak about, and celebrate the music of one of the cornerstones of indie rock. The list of collaborations goes on: producer/engineer on albums for Damien Jurado, the Long Winters, China’s Hanggai, and dozens more; onstage and on-album appearances with Snow Patrol (keyboards on their Eyes Open album), Neil Young, Patti Smith, Mudhoney, Death Cab For Cutie...to list all his work over the years would add up to hundreds of albums and thousands of live appearances.

The new album was recorded at the legendary ICP Studios in Brussels, and mixed by up and coming production team TheLAB in Los Angeles. It has moments of fearsome menace, balanced with some intensely intimate fragility. Like Stringfellow's lifestyle, the new record is multi-national, genre-defying, challenging and deeply musical. The UK leg of The Huffington Post recently premiered "Superwise," the melodic second single from the album, and "Doesn't It Remind You of Something" surfaced awhile back as well, which features Charity Rose Thielen from The Head & The Heart (Sub Pop).
*** 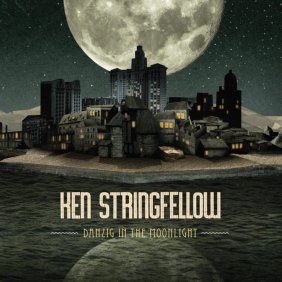 Ken Stringfellow
Danzig In the Moonlight
Out now on Spark & Shine