- April 18, 2013
Here's some info on yet another Record Store Day release: Chelsea Wolfe and King Dude share a split 7" from Sargent House. 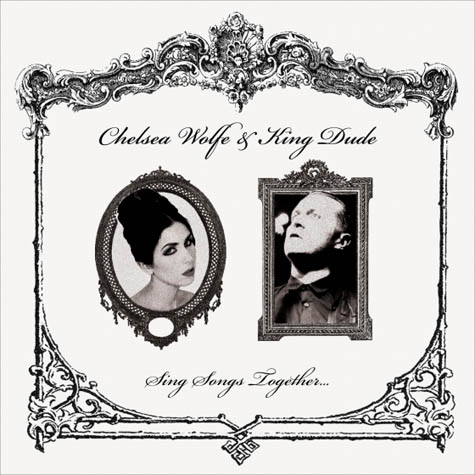 After kicking off 2013 with a sold out US tour, Chelsea Wolfe and King Dude are giving fans a chance to catch them together on vinyl. As a special record store day release the two will be sharing a 7" split, Sing Songs Together. The 7" features Chelsea Wolfe's performance of "Fight Like Gods" and King Dude performing "Satan's Ghost". Pick it up at your local record store this Saturday, April 20th.

Fans of Chelsea Wolfe will also have a chance to see her live on April 20th at the Desert Daze Festival in Mecca, CA. Then just a few short days later Wolfe will head to Europe for tour that will span all across and the mainland and the UK. See dates below.