Un-sleek and minimal despite his attempts at weighted programming, Jonathan Krohn's Stave is about as Suicide as I've heard an electronic musician sound recently, though I'll admit that I may have missed an act or two.  With Reform, his first release as Stave, Krohn amasses percussive, electrified loops and deep, solitary drones to craft a very cold debut.  Not that it lacks character, but there's no warmth to be heard, its sounds bereft of humanity, though rhythmically dense. 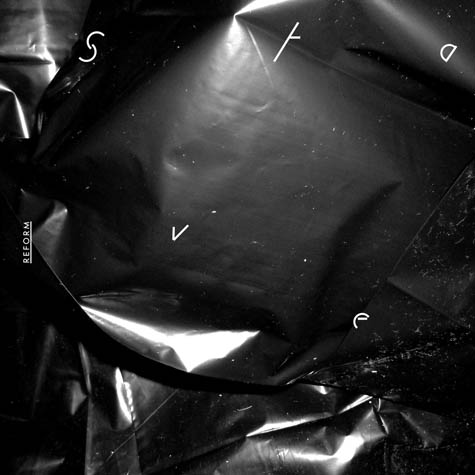 As calculated as it is absorbing, Krohn assembles beat articulations that talk over each other, creating these very unsettling and automated environs that either rapidly pulsate ("The Feat") or crowd in a nervous or phobic manner ("Gun Control").  "Tower9," its streams of fuzz delivered like a dysfunctional flatline, synthesizes its beat combinations into a deluge of pounded depth that's almost danceable.  The album's title track gently toys with melody, its buried tones subtle against the overt rhythm.

But, so as not to completely dispense with any true notion of melody, "Disc1" utilizes bowed instrumentation like some aural indication of distance, the catgut scrubbed erratically only to sing beneath a long, though rusty, stroke at points.

The spinning cycle of "Minus3" is accented by incidental sounds and it ends the album with the ultimate paean to its automated persona.