- September 03, 2013
HSY is releasing their self-titled debut on September 17th via Buzz Records, and they've been pretty diligent about releasing singles.  Their first, "Milk Chug," recently found its audience through Pitchfork and the band's latest single, a dissonant garage rocker called "Tarter Mouth," premiered today via Ad Hoc.  Give it a listen below and then peruse the information and tour dates provided by Force Field PR. 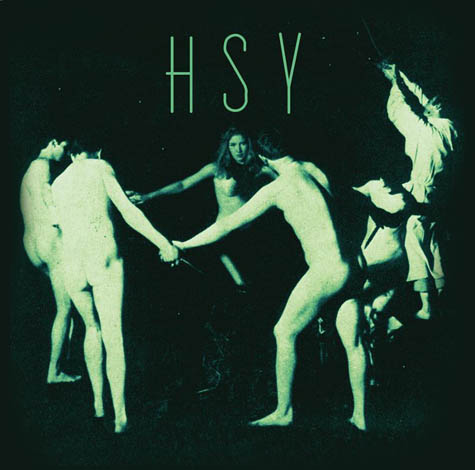 Toronto-based sludge punk group HSY was formed in 2011 by whom may only be referred to as "Jude." Almost two years since their first incarnation and with a full lineup finally in tow, HSY disappeared to the outskirts of the city to record their self-titled debut EP. Harkening to the 80's post punk vibes of Section 25 and 90's sludge metal gods The Melvins, HSY crafts the perfect soundtrack for Toronto's seedy underbelly.

The music was captured by Dean Tzenos and Ian Gomes in an empty, small town church completely cut off from the outside world. HSY's first effort comes out of the church and on to 7" Vinyl September 17th on Buzz Records. They will embark on tour alongside Hand Drawn Dracula's newest signing, Doom Squad. Pitchfork recently premiered the group's abrasive single "Milk Chug." Today the band shares the EP's second single "Tartar Mouth" on Ad Hoc.

Buzz Records was founded in 2011; initially as a garage venue that hosted mostly local punk and noise bands, but it soon grew into a cross-genre hub of local and touring acts like White Lung, Doldrums, Mood Rings, and Odonis Odonis. Since the demise of the garage in late 2012, the Buzz crew of Ian Chai, Dean Tzenos, and garage co-founders Jude and Denholm Whale have been dedicated to releasing music that has come out of this small, dirty pocket of Toronto. Buzz has recently released music by Weaves, Odonis Odonis and HSY.